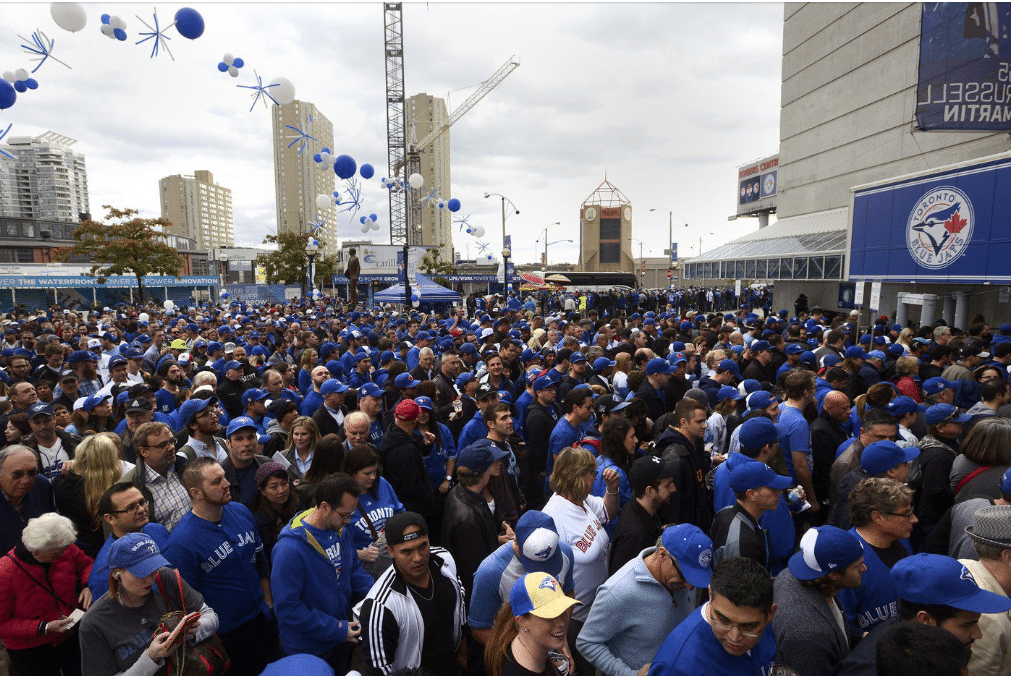 Fans of the Toronto Blue Jays will see their team in a new light at Rogers Centre this season — literally.

Hundreds of new lights as well as a brand new 8,000 square foot video board, featuring two new lower wings and side ribbons that wrap around the stadium, have been installed in the stadium in downtown Toronto in time for Friday’s home opener against the Texas Rangers.

The Blue Jays believe that the stadium’s new features will improve the viewing experience for spectators in the ballpark and watching on television at home.

“It makes things pop, it makes things look high definition, even though they’re not,” said Paul Zuschlag, senior manager of facility maintenance, of the new lighting system. “It’s hard to explain until you see it in person.”

The light arrays have 532 new LED fixtures, 48 of which are RGBW fixtures, which allows game operations to project any colour anywhere within the venue. Zuschlag said that the new lights will be especially helpful during concerts and special events, like creating a rainbow effect for Pride Week or bathing the stadium in red and white for Canada Day.

During Blue Jays games the LED lights won’t be any brighter than the old fixtures but are more consistent, without any bright or dark spots on the field.

“This system is typical, we have it in 16 other ballparks currently without the RGBW, we’re the first in Major League Baseball to have RGBW,” said Zuschlag. “It’s the exact same system they’ve been playing under in Houston and New York, Miami.”

But what about the food?

Fans will also have their eyes drawn to the new scoreboard that looms over centre field and wraps around the upper deck of the ballpark. Mike Christiansen, the Blue Jays director of technical production, said that it’s “higher than high definition,” using a 1080p signal with better colours and resolution than the screen it replaced.

“There’s a lot more square footage and real estate for us to put up more stats on the scoreboard during the at-bats, it allows us to put more stuff dead centre, and it allows you to see the images and font more clearly because the resolution is so high,” said Christiansen. “We’re going to put as much on the scoreboard as we can, all the time.”

The fan experience will be different on the concourse at Rogers Centre as well.

Rogers Centre is introducing the Hangry Canadian burger with bacon and cheese curds, but will also continue to serve traditional ballpark fare like foot-long hotdogs. A new concession stand with vegetarian, vegan, and gluten-free options called Field of Greens has been added to the stadium’s roster, as has Mary Brown’s Fried Chicken.

Beer drinkers will have a host of new options at Blue Jays games as well, with three new breweries in the stadium and a specialty collaboration with Mill Street Brewery called Blue Wave added to menus.

“It’s a rally cry in a can for our fans,” said Christine Robertson, director of fan services, of Blue Wave. “It’s a hybrid of a traditional light lager and a juicy IPA.”