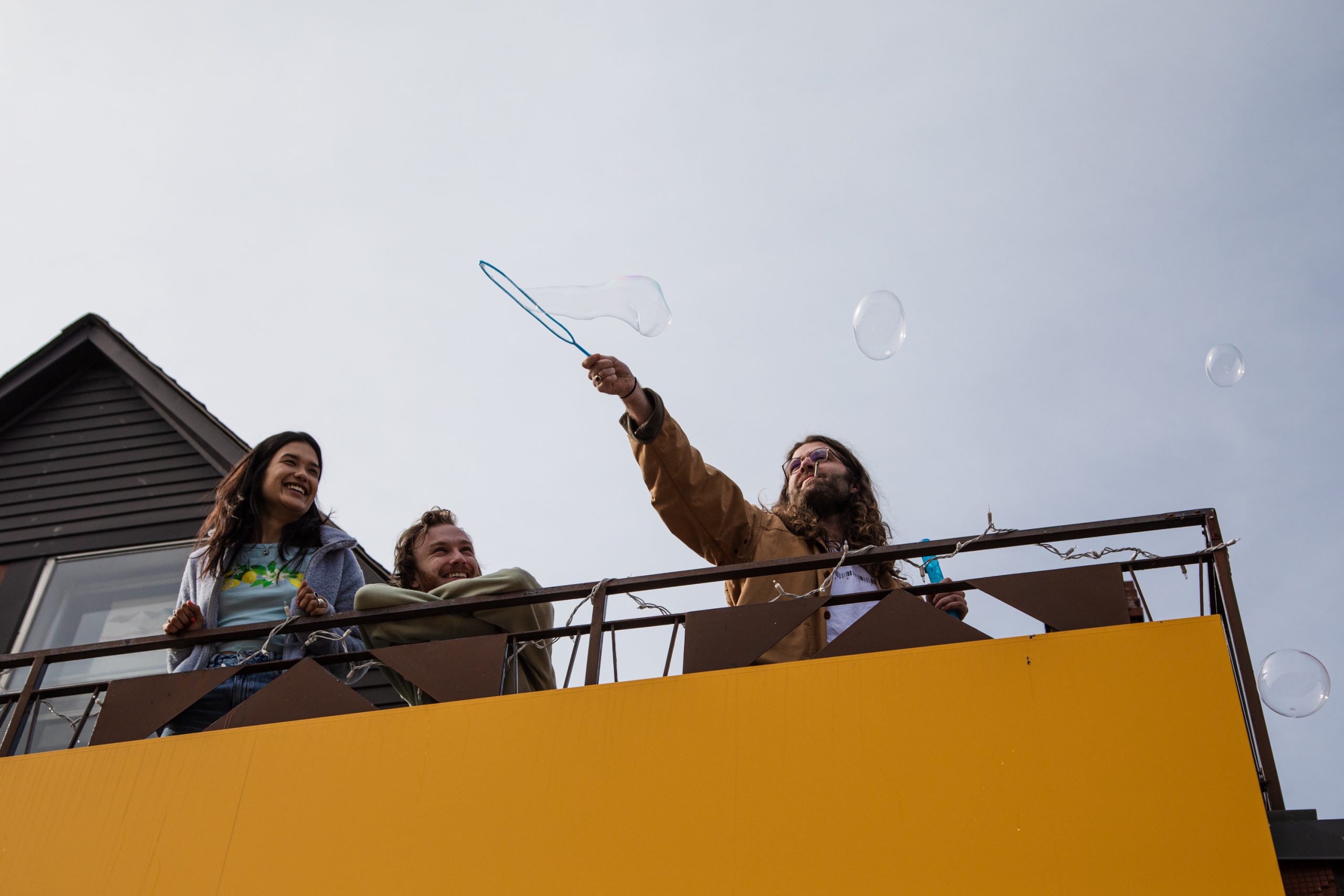 April in Toronto had us capturuing everything from climate protests, freakish hail weather and clouds of smoke on 420

Climate activists from Greenpeace threw Scotiabank an (un)happy birthday party during their annual shareholders meeting in Toronto on April 5.

As the days got a little warmer, cool guys came out with their cool bikes to do cool tricks.

It’s official: the Kids in the Hall are back. The long-running sketch comedy group have a new series coming to Prime Video on May 13. They celebrated on April 13 with a sneak peek at the Toronto venue they made famous: the Rivoli.

People on the subway play with dart guns to make a video, possibly for TikTok.

Indigenous activists and allies gathered at Yonge and Dundas Square, April 19, to honour everyone affected by the residential school system. Organizers offered people orange wooden hearts, each with the name of a child who did not make it home from a residential school.

It was 420. Everyone got stoned, including our photographer who reported a “contact high” as a workplace injury.

They put in some colourful bird things on Bloor Street, but who really cares cause cute dogs!

People enjoy a frigid ferry ride on a kind a warm April afternoon.

A person on a sea doo takes advantage of the nice weather.