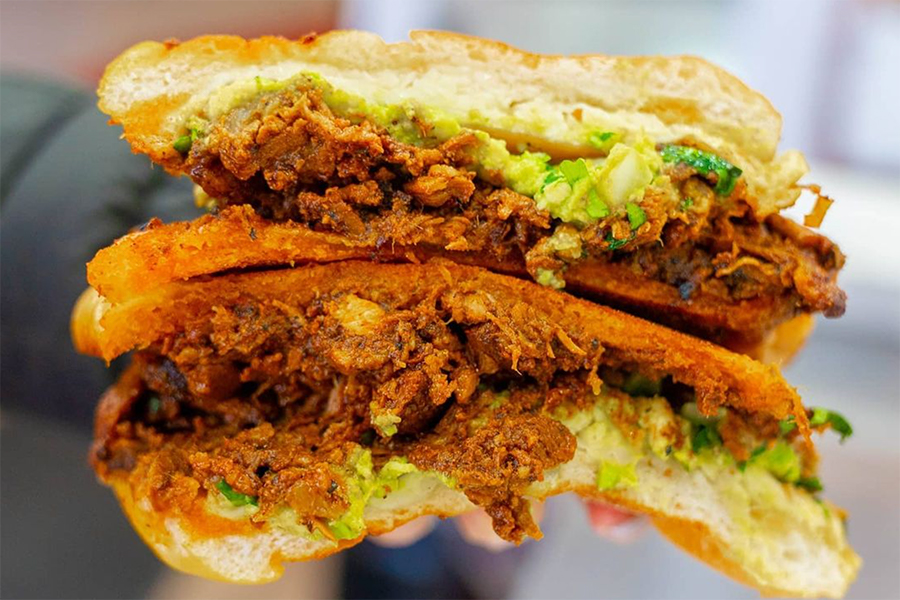 Gus Tacos opened a fourth location in the Junction in late January.

It’s the first week with indoor dining back in Ontario, and with that comes a plethora of restaurant reopenings in Toronto. I’m currently writing this post inside a cafe and I must say, it feels quite foreign but nice.

There are also some restaurants opening new locations in the city, like Gus Tacos, which is opening their fourth location in the Junction. New spots are opening too, like Kome Yogurt, which makes Asian-styled yogurt drinks with natural ingredients.

Unfortunately not all restaurants were left unscathed by the lockdown. Tex Mex restaurant Hotmess announced on January 30 that it was closing in March. Maiz Latin Food closed their location in the Junction.

Here are the restaurants that opened and closed for the week of January 26 to February 1.

The popular Latin American chain is closing its Junction location. “These last two years have been very challenging for all the industry and we were not the exception,” chef Fernando Sequeda said on Instagram. He says Tacos Clandestinas will be taking over their space and that Maiz on Yonge is still open.

The Tex Mex taco and margarita joint’s owner Chris Palik announced in a “resignation letter” that the restaurant would be closing on March 1. “I’ve known for a while that Hotmess couldn’t last forever,” Palik said in his Instagram post. “The building we operate in is a century old building that is need of repair.” Palik says this won’t be the end of Hotmess and he’s taking a break to figure out “what Hotmess does next.” Takeout is available for the rest of February.

Bowls and sandwich spot Mad Radish permanently closed one of their Toronto locations at Yonge and Eglinton. Their other two locations at the Exchange Tower and by Bloor and Church remain open.

The Montreal coffee chain opened its first location in Toronto on January 26. Dispatch Coffee aims to brew and serve coffee that is ethical for its workers and the environment.

Known for their Asian-styled yogurt drinks, Kome Yogurt had a soft launch near Grange Park on January 28. The business’s mantra is “Less is more,” as they use only natural and non-GMO ingredients.

One of the most popular family-owned taquerias launched another location in the city. Gus Tacos opened in the Junction earlier in January. You can try their tacos, quesadillas, chilacas and other dishes with proteins like chilorio, champinones and barbacoa.

Known for their packed salads and quarter-chicken dinners, Flock Rotisserie and Greens opened at Bickford Park last week. You can try dishes like their Floké box, which has brown rice, spinach, togarashi nori, tofu and miso ginger dressing.

As of January 31 indoor dining is back at 50 per cent capacity for Ontario food establishments. We wrote about what to expect here.

There’s a Japanese speakeasy bar called After Seven that hints at opening later in 2022. It’s located behind Kome Yogurt (more above).

With Lunar New Year today and Valentine’s Day coming up soon, Honey Honey Cakery in Markham is introducing a dessert that recently got popular in China: hybrid crepe-chiffon cakes. The dessert shop say these cakes are light and creamy in texture and decadent in flavour.

Ramona Leitao is a food writer at NOW Magazine. She’s particularly passionate about reporting on food and agriculture and how they impact marginalized communities. Her work has been featured in the Globe and Mail, Chatelaine, The Narwhal and The Local.