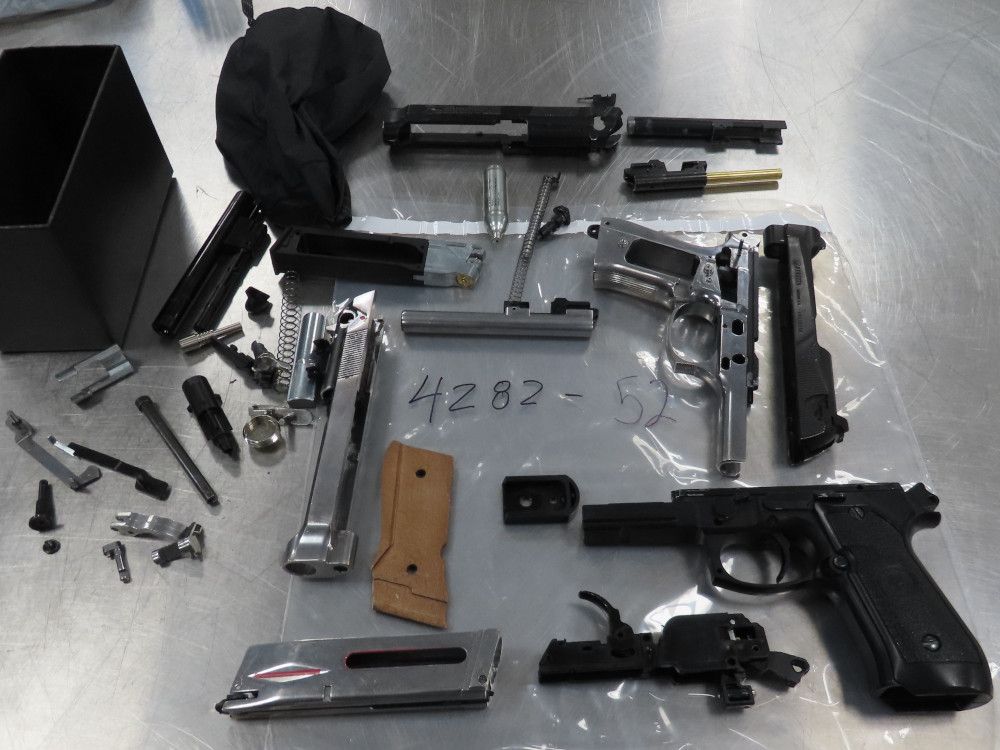 Calgary police have arrested two men after finding guns, stolen high-end bikes and more than $70,000 in illicit drugs in a Beltline residence.

At the beginning of March, police say they launched an investigation into a suspected drug trafficker, which eventually led investigators to a home on the 100-block of 14th Avenue S.E. Police executed a search warrant on the home on April 5, arresting two men.

Officers seized a loaded Glock handgun, a .22 calibre rifle, a variety of other handguns, firearm parts and ammunition. They also confiscated $10,000 worth of stolen property from a recently reported retail break-in, $5,200 in cash, 150 grams of fentanyl, 500 grams of methamphetamine and small amounts of other drugs including MDMA, ketamine and shatter.

“Drug trafficking is never done in isolation. It often involves the use of weapons and violence, while being connected to property crime, such as break and enters and theft. Information from the public is critical to our success in identifying and locating the source of such activity,” said District 1 Staff Sgt. Kurt Jacobs.