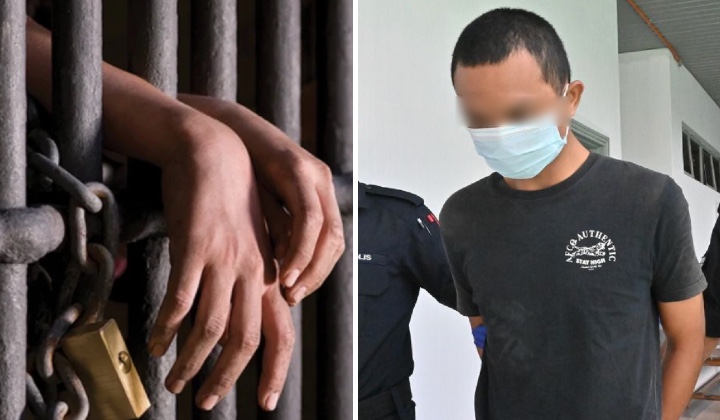 The brutal act of a young man who raped his friend’s wife, who was seven months pregnant, was finally met with justice.

On Friday, the accused was sentenced to 15 years in prison and three lashes by the Ayer Keroh Sessions Court.

According to the charge, the accused, who is also unemployed, raped the 26-year-old victim at a house in Taman Debunga, Merlimau, around 4.20 am on 21 January.

The accused was charged under Section 376 (2) of the Penal Code, which provides for imprisonment of not less than 10 years and not more than 30 years and shall be subject to whipping.

When The Rapist Is Someone You Know

According to the facts of the case, the incident occurred while the victim was asleep.

Suddenly, she was approached by the accused, who covered his face with a white cloth.

At the time of the incident, the woman, who was seven months pregnant, lived alone while her husband was serving a prison sentence for drug offences.

The accused allegedly forced the victim to take off her clothes while pointing a knife, leaving the woman no choice.

The proceedings conducted by the Deputy Public Prosecutor, Anis Najwa Nazari applied for a heavy sentence to be imposed, taking into account that the offence committed by the accused is serious.

The accused is an acquaintance of the victim’s husband and is aware that the man is serving a sentence in prison.

Nariman, in the judgment, then sentenced him to 15 years imprisonment from the date the accused was arrested on January 24 and was given three lashes.

The accused, however, was not represented by counsel.

In reflecting the public’s harsher attitude against rape, netizens said the offender should be punished more severely.

The move is reasonable because of the crime’s heinous nature and the psychological burden that the provision places on the victim.

Sexual crimes leave long-lasting mental scars and are often dubbed as a crime against one’s soul.

Netizens also blamed the victim’s husband for not being there to take care of his wife.

Regrettably, some blamed the victim for not locking the door.