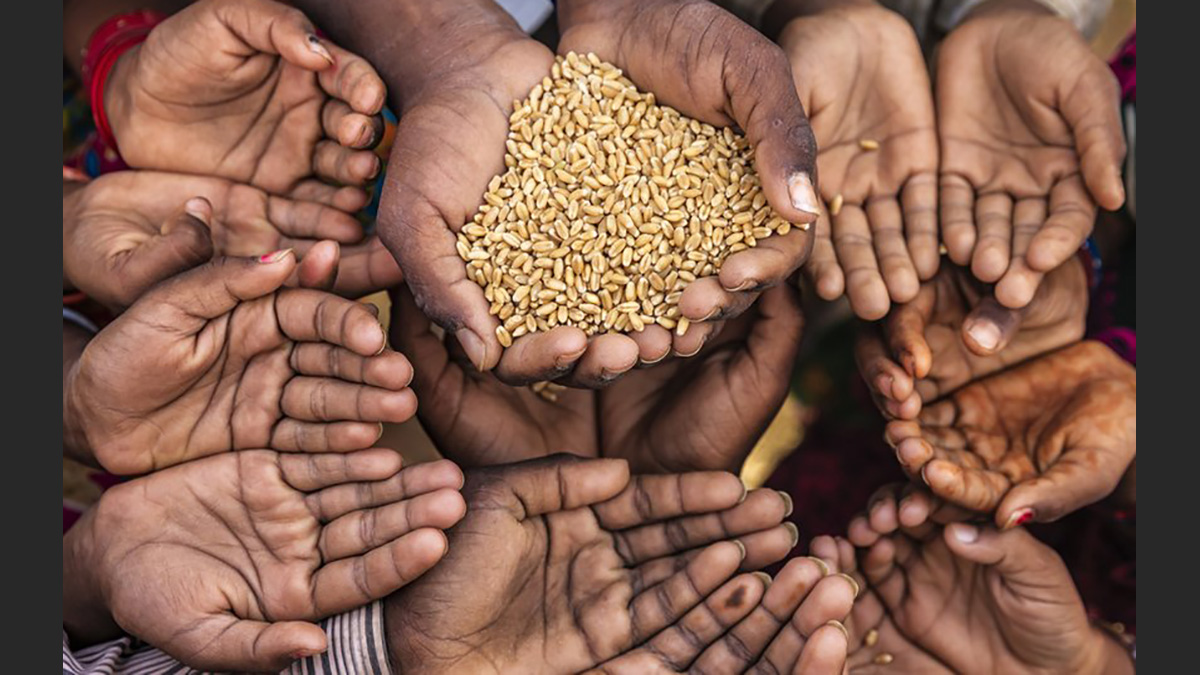 NEW YORK – The UN Security Council (UNSC) met on Thursday to address food insecurity and called on the international community to strengthen cooperation to solve it.

“When war is waged, people go hungry,” UN Secretary-General António Guterres told the Security Council during a debate on conflict and food security chaired by US Secretary of State Antony Blinken.

Some 60 per cent of the world’s undernourished people live in areas affected by conflict, the top UN official said, adding that “no country is immune”.

Last year, most of the 140 million people suffering acute hunger around the world lived in just 10 countries: Afghanistan, the Democratic Republic of the Congo, Ethiopia, Haiti, Nigeria, Pakistan, South Sudan, Sudan, Syria and Yemen – eight of which are on the council’s agenda.

Despite being pleased to announce that the Central Emergency Response Fund is releasing US$30 million to meet food security needs in Niger, Mali, Chad, and Burkina Faso, the UN chief said sadly: “But it is a drop in the ocean.”

Guterres expressed concern over food insecurity in the Horn of Africa, which is experiencing its worst drought in four decades, affecting more than 18 million people, while in Ethiopia and Somalia, continued conflict and insecurity plague the people.

At the moment, 44 million people in 38 countries are at emergency levels of hunger, known as IPC 4 – just one step away from famine.

More than half a million people in Ethiopia, South Sudan, Yemen, and Madagascar are already suffering from IPC level 5: catastrophic or famine conditions.

“The war in Ukraine is now adding a frightening new dimension to this picture of global hunger,” said the secretary-general.

Guterres outlined four steps that countries can take to stop “the deadly dynamic of conflict and hunger”, beginning with investing in political solutions to end conflicts, prevent new ones, and build sustainable peace.

“Most important of all, we need to end the war in Ukraine,” he said, calling on the Security Council to do everything in its power “to silence the guns and promote peace, in Ukraine and everywhere”.

Secondly, he underscored the importance of protecting humanitarian access and essential goods and supplies for civilians, drawing attention to the members’ “critical role in demanding adherence to international humanitarian law, and pursuing accountability when it is breached”.

Third, he said there needed to be “far greater coordination and leadership” to mitigate the interconnected risks of food insecurity, energy and financing, while reminding that “any meaningful solution to global food insecurity requires reintegrating Ukraine’s agricultural production and the food and fertiliser production of Russia and Belarus into world markets – despite the war”.

Finally, it is “more necessary than ever” for donors to fully fund humanitarian appeals with official development assistance.

“Diverting it to other priorities is not an option while the world is on the brink of mass hunger… Feeding the hungry is an investment in global peace and security,” said the secretary-general.

In a world of plenty, no one should accept “a single child, woman or man” dying from hunger, including “the members of this council”, he concluded.

David Beasley, chief of the World Food Programme, spoke extensively about “the perfect storm” that drives hunger, including conflict, climate change, and the COVID pandemic.

He cited destabilising dynamics in Mali, Chad, Malawi, and Burkina Faso; riots and protests in Sri Lanka, Indonesia, Pakistan and Peru; conflicts in Ethiopia and Afghanistan; drought and famine in Africa, and a “ring of fire around the world” as an escalating number of people continue “marching to starvation”.

“Food security is critical to peace and stability” globally, he underscored.

And while the “perfect storm” has resulted in a rise in food prices in 2022, he said food availability would be the big concern in 2023.

Beasley stressed the importance of increasing production, opening Ukraine’s ports and emptying its silos to stabilise markets and address the global food crisis.

“Worldwide, prosperity is being reversed,” he said. “There is less food security, health security and income” while inequality becomes greater.

He pointed to a “spike in acute hunger globally”, with 2022 threatening even further deterioration.

While FAO has strengthened agri-food systems to save lives and protect livelihoods for the most vulnerable, “more needs to be done together”, according to its top official, who called conflict “the single greatest driver of hunger”.

Qu reminded that we “are neighbours on this small planet village. What happens to one affects us all,” and flagged the need to prevent accelerated acute food insecurity in the coming months and years.

Nobody needs to go hungry “if we all play our part”, he added, describing investing in agri-food systems as “more relevant than ever”.