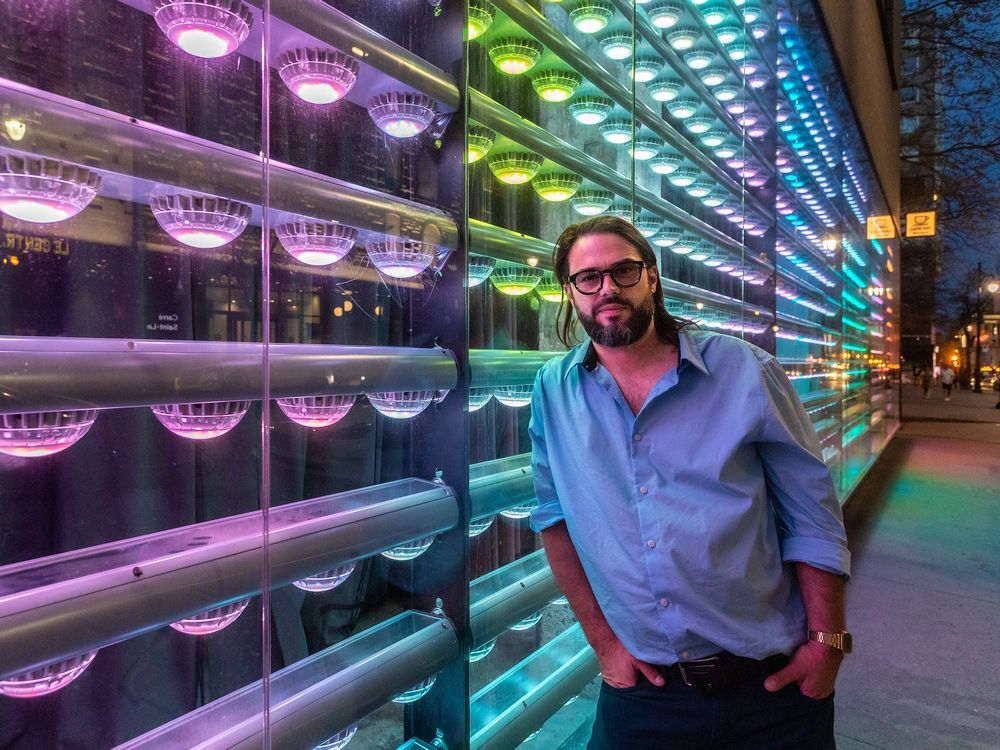 Mathieu Grondin believes it’s time for Montreal to reclaim its title as the nightlife capital of Canada.

He’s part of a group of cultural activists who are fighting hard to make the city once again one of the go-to places for late-night thrills on the continent.

Grondin, 42, is a long-haired hipster who was organizing rave parties at the age of 17. Now, perhaps surprisingly, he has the ear of Mayor Valérie Plante.

Plante is known more for promoting a green city than pushing for more late-night parties. But she and Grondin agree that a more vibrant nightlife could be a great way to sell the city to tourists.

This weekend will be a test for Grondin and the people pushing for a post-pandemic rebirth of Montreal’s after-hours scene.

First, a conference kicks off Thursday looking at ways to make the city more nightlife friendly. Then, the downtown Société des Arts Technologiques (SAT) — an alternative arts venue — will stay open from 10 p.m. Saturday to 3 a.m. Monday for a huge electronic-music bash — and will be able to serve alcohol the entire time.

“I think, especially after two years of the pandemic during which nightlife was hit hard, it’s time to re-appropriate the night,” said Jenny Thibault, director general of the SAT.

“We have to stop demonizing the night. It’s like everyone thinks the night is just about debauchery. But Montreal nightlife was always seen as one of the city’s big attractions in the past, with Americans coming for the festival atmosphere here. I think we can have a rich dense cultural offering at night here.”

Grondin has been working hard for the past few years trying to sell the idea of Montreal as a city that stays open around the clock. He says the Plante administration is slowly but surely getting on board.

“Projet Montréal realized that people from the cultural milieu in Montreal voted for Projet Montréal, and they had to have something for the artists” in their platform, Grondin said in a recent interview at a Little Italy café.

Small, independent venues “are the heart of the DNA of this city,” he said, “and that’s what this political party is about. It’s about preserving the DNA of these small businesses, these neighbourhoods, and offering a better quality of life.

“This has been a process for a lot of politicians because they’re not night people, though I think Madame Plante likes to dance. But most politicians don’t really go out at night. But they’re the ones making the decisions about how we’re going to govern the night.”

They might not party until closing time, but municipal and provincial politicians realize that, as the pandemic regulations fade, promoting nighttime fun could be a motor of economic activity, Grondin said.

Last August, the city gave MTL 24/24, the lobby group Grondin runs, a $600,000 grant to help the administration develop a nightlife policy, and it also nabbed a $700,000 subsidy from the Quebec government.

MTL 24/24 would like to see some bars and venues stay open — and serve alcohol — 24 hours a day. When it was announced the SAT would be doing just that this weekend as a pilot project, there was no shortage of negative reaction. The concerns centred around the possibility of more drinking, drug use and other problems outside the venue.

However, Thibault and Grondin actually expect fewer problems, because they say the biggest issues normally arise when everyone pours out of the bars at the same time, at the 3 a.m. closing.

Grondin said when he was deep in the rave scene there would be a lot of drug use after 3 a.m., when the raves would continue but drinks could no longer be served, and partygoers turned to drugs instead.

The city plans to follow up with similar pilot projects in other parts of town. The impact of these events will be studied, after which a decision will be made about whether certain venues will sometimes be allowed to stay open and serve drinks beyond 3 a.m.

For politicians, it’s a balancing act. They want to help boost tourism, but they also want to make sure downtown residents aren’t kept up all night by noisy club-goers. At a press conference Monday to announce the city’s plan to create a road map for a nightlife policy, Plante said: “There has to be a cohabitation between those who want to sleep and those who want to party.”

Can the two be reconciled? Projet Montréal drew the ire of the indie music community some years ago when it upped the fines for noise complaints, leading to problems for many small venues and forcing the closure of a couple of them — notably Le Divan Orange, the live-music mecca on St. Laurent Blvd. On Monday, the city said it will provide $1.4 million to help smaller venues soundproof their halls.

“Nightlife is very important; it’s part of the DNA of Montreal, and we want to continue to have this very attractive nightlife to convince people from around Quebec to come here and enjoy the nightlife,” said Luc Rabouin, the borough mayor in Plateau-Mont-Royal and the executive committee member in charge of economic development.

A lot of money is at stake. According to a MTL 24/24 study issued this week, 22 per cent of the tourists who came to Montreal in 2019 came for the nightlife. That amounted to about 2.4 million visitors, and they spent $909 million. If the number could be upped to 33 per cent — similar to famed nightlife cities like Berlin and Amsterdam — that would bring in another $676 million to the city’s economy.

“Montreal is a playground,” said Yves Lalumière, CEO of Tourisme Montréal. “You have 75 festivals in Montreal. You have the museums. Montreal is known for its nightlife. Now we need to test (the idea of all-night venues).”

Plante puts it more succinctly: “This sector is indispensable to life in Montreal.”