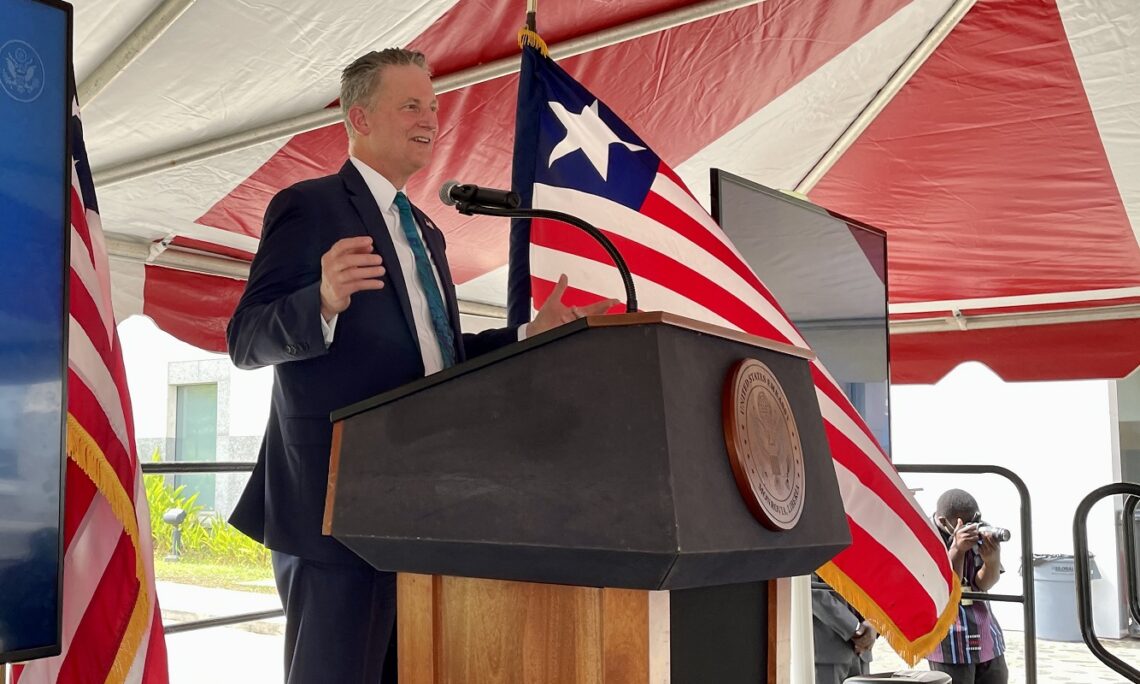 United States Ambassador to Liberia, Michael McCarthy has stressed the need for the Liberian government to strengthen its security forces against the continuous human rights violations meted against Liberians.

He named the lack of independence with the judiciary system, restriction of freedom of the press, and the lack of proper investigation from gender-based violence cases among others as some the vices affecting the Liberian society.

The US Diplomat emphasized that it is now time for the Liberian government and its citizens to begin to take concrete steps to tackle the numerous human rights violations and end the culture of impunity and identify ways to make improvements.

He made the assertion yesterday, when he hosted by the NAYMOTE at the 12th Edition of its Democracy Lecture Forum in honor of Carl Gershman for his dedicated role in defending the cause of democracy across the globe.

The Carl Gershman Democracy lecture forum which is hosted quarterly by NAYMOTE and its partners, brought together several youth leaders to inspire them to be committed to the principles of democracy and understand their roles and responsibilities in a democratic society.

According to the US Diplomat, in order for Liberia to be on par with other countries, it first needs to strengthen its democracy and foreign policy on human rights and rule of law which remain a fundamental principle of democracy for Liberia to emulate.

Earlier, NAYMOTE Executive Director, Eddie Jarwolo, lauded the US government for its role in building the capacity of several Liberians through an international development fellowship which he’s one of its many beneficiaries.

“The Carl Gershman Democracy Lecture Forum was birthed by NAYMOTE and its democratic partners after I got chased out of Liberia falsely and lied upon that I ran into President Weah convoy and I went to Ghana for some time and came back to Liberia and established this forum to teach Liberians in being political tolerance and as well educate them about the principles of democracy,” he averred.