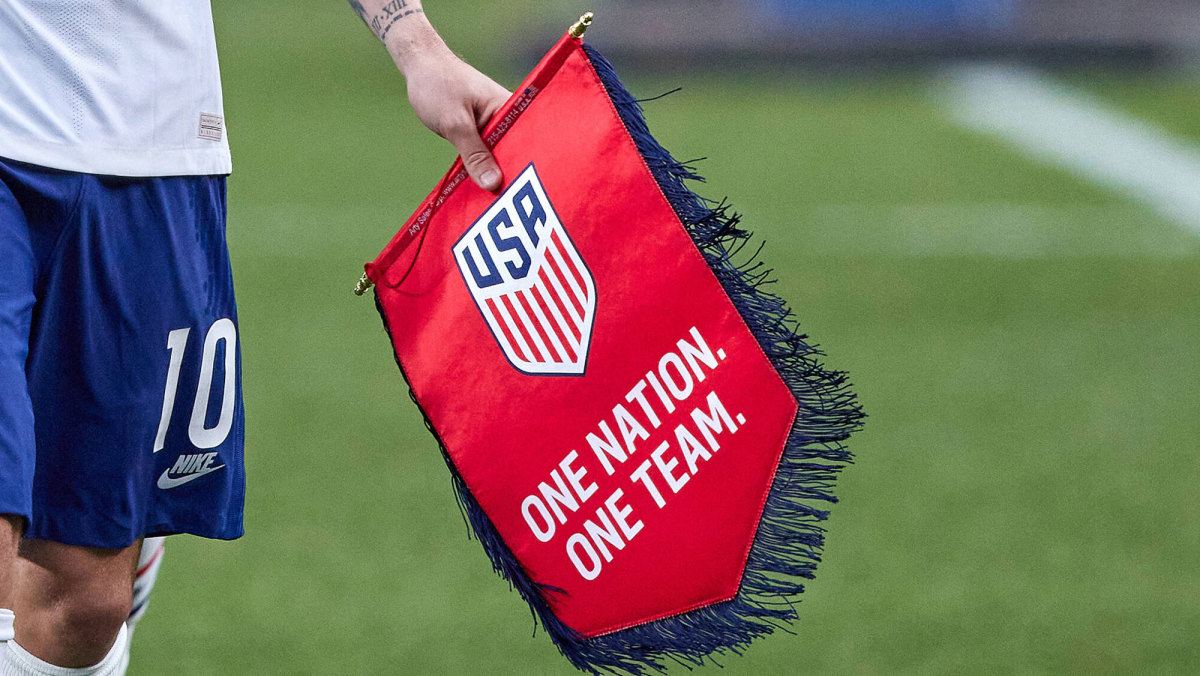 The U.S. Soccer Federation, along with its men’s and women’s senior national teams, announced a pair of historic labor deals early Wednesday that will unite the respective player pools under similar contract terms while cementing the equal pay long sought by the world-champion women.

The new CBAs, which have already been approved by the USSF’s board of directors and ratified by the two players’ unions, will run through 2028. They’re highlighted by an unprecedented provision that will combine and then split World Cup prize money awarded by FIFA, which was among the pillars of the USWNT’s equal pay pursuit. While the American women were given $4 million for winning the ’19 Women’s World Cup, a first-round exit from the ’18 World Cup in Russia would’ve been worth $8 million to the men (had they qualified). France, the champion, took home $38 million—more than the entire pool on offer to the 24 women’s participants the following year.

U.S. Soccer couldn’t make up the difference on its own. The federation and the USWNT needed cooperation from the men, whose appearance later this November to December in Qatar will be worth a minimum of $10.5 million, according to reports. And they got it.

“U.S. Soccer and the USWNT and USMNT players have reset their relationship with these new agreements and are leading us forward to an incredibly exciting new phase of mutual growth and collaboration,” said USSF president and former WNT player Cindy Parlow Cone, whose successful election campaign was anchored by her commitment to resolve the equal-pay dispute and achieve labor peace.

USMNT and Nashville SC defender Walker Zimmerman, a part of the negotiating team for the men’s union (USNSTPA), said, “They said equal pay for men and women was not possible, but that did not stop us and we went ahead and achieved it. We hope this will awaken others to the need for this type of change, and will inspire FIFA and others around the world to move in the same direction.”

U.S. Soccer said that it’s the first national federation to equalize World Cup prize money. The funds earned in 2022 and ’23 (the Women’s World Cup will be in Australia and New Zealand) will be pooled, and the portion due to the players—90%; the federation will be paid 10%—will be split equally by members of the two World Cup squads. In ’26 and ’27, the players will split 80% of the pooled prize money, with U.S. Soccer receiving the remaining 20%.

The agreements end several years of litigation, negotiation and contentious PR that started when the USWNT filed a gender discrimination lawsuit in 2019 seeking improved working conditions and around $67 million in back pay and damages. The case was dismissed, appealed and then finally settled this February. But that $24 million agreement between the USSF and USWNT was contingent on the finalization of new CBAs that established parity between the two national teams. The previous women’s deal expired at the end of ’21 and then was extended through March, while the USMNT had been playing under the terms of a contract that ended in ’18.

The new labor deals provide for identical camp, match appearance and performance fees for both official competitions and friendlies while ending the guaranteed salaries paid to the women under their previous agreement. Prize money for non–World Cup tournaments, such as the men’s Concacaf Gold Cup and the region’s women’s championship, will be pooled and split when both sides participate.

U.S. Soccer also will share a portion of its broadcast and sponsorship income with the two teams, split 50/50, as well as a share of ticket revenue. The federation also agreed to provide match venues, fields, hotel accommodations, support and staffing of equal quality and comparable cost to both the USMNT and USWNT, and the same number of charter flights. Select USWNT players also will be afforded health and short-term disability insurance, as well as parental leave.

The federation said the deals will “keep USWNT and USMNT players among the highest paid national team players in the world.”

USWNT and Portland Thorns defender Becky Sauerbrunn, who is also the president of the women’s union (USWNTPA), said, “The gains we have been able to achieve are both because of the strong foundation laid by the generations of WNT players that came before the current team and through our union’s recent collaboration with our counterparts at the USNSTPA and leadership at U.S. Soccer.

“We hope that this agreement and its historic achievements in not only providing for equal pay but also in improving the training and playing environment for national team players will similarly serve as the foundation for continued growth of women’s soccer both in the United States and abroad,” she concluded.