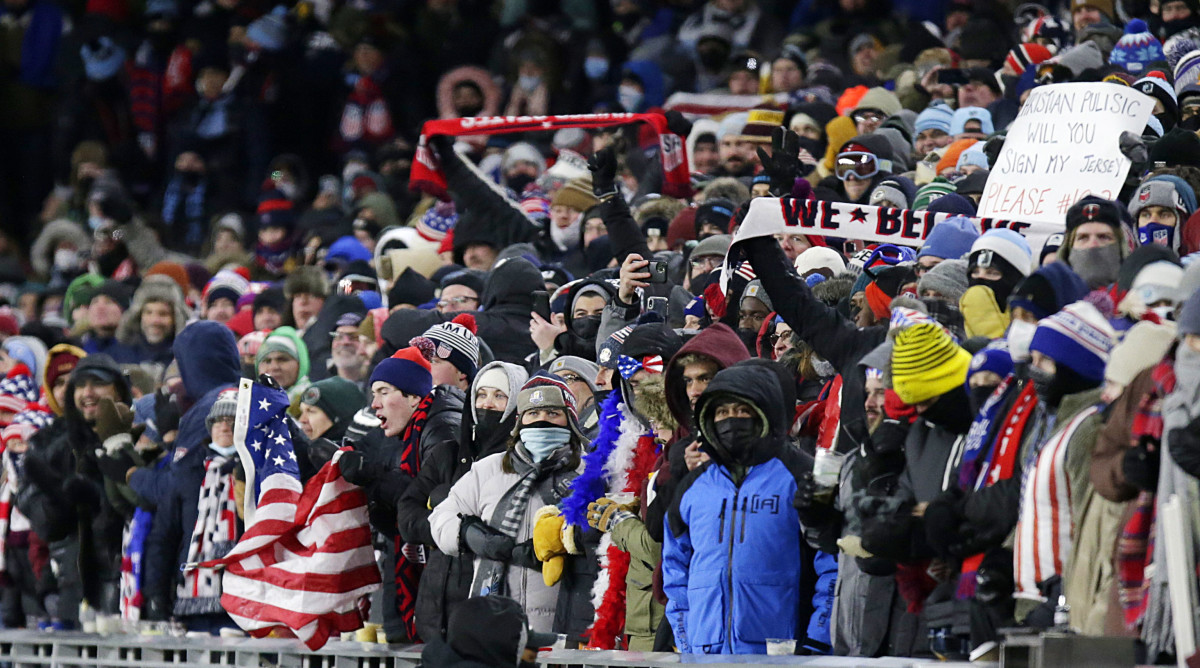 There are fair weather fans, and then at the opposite end of the spectrum, there’s everybody who was in attendance at Allianz Field on Wednesday night.

The U.S. men’s national team squared off against Honduras in a CONCACAF third round match for World Cup qualifying, earning a much-needed three points in a 3–0 victory. The Americans dominated possession and out-shot Honduras 16–2, but the story of the match had less to do with what happened on the field than with the conditions around it.

The game was played at Allianz Field in St. Paul, Minnesota, with temperatures dipping below zero degrees. The U.S. viewed the frigid atmosphere as a competitive advantage coming into the game, and that certainly appeared to be the case after what were surely 90 agonizing minutes for all involved.

The weather created a wild scene from before kickoff, with the TUDN USA crew conducting a little science experiment by soaking a T-shirt with water and revealing, just two minutes later, the results:

Most players on the field were able to help keep warm during the natural flow of the game, but that same opportunity is not always afforded to goalkeepers. So USMNT goalie Matt Turner opted to get a little extra cardio in during the game to help keep the blood flowing. Meanwhile, Honduras goalie Buba López actually had to receive IV treatment at halftime due to hypothermia, per Nico Cantor of CBS Sports.

The play of the U.S. made for an overall enjoyable night for the Americans and their supporters, in spite of the harsh weather. Check out the rest of the sub-zero hijinks below from a critical USMNT win.