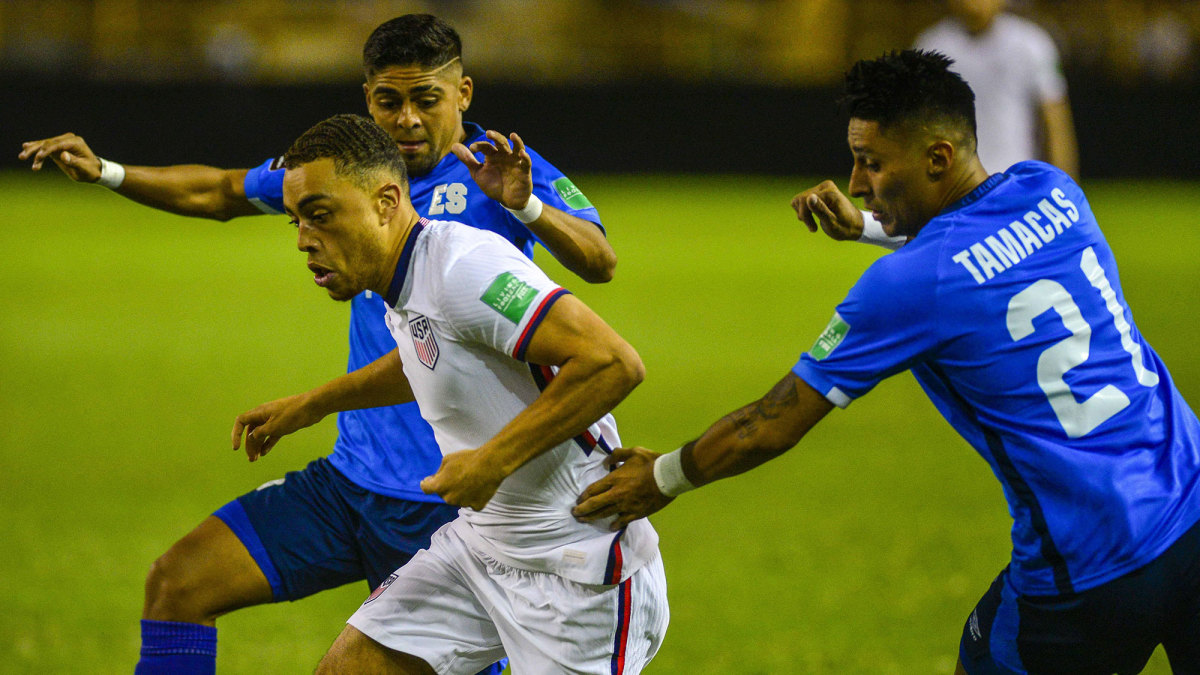 The two-week June window that will comprise a significant part of the U.S. national team’s preparation for the Qatar World Cup will include a return trip to to El Salvador’s Estadio Cuscatlán, the site of the Americans’ raucous qualifying opener last year.

Concacaf on Wednesday afternoon unveiled the schedule for the second edition of its Nations League, a three-tiered tournament designed to provide additional competitive opportunities to the region’s smaller countries. Everyone must participate, however, and so the U.S., the reigning champion, will face League A, Group D foes El Salvador and Grenada in June. Those Nations League games will follow two friendlies against unidentified opponents (Uruguay reportedly is in the mix).

The U.S. then will play two additional friendlies in September—U.S. coach Gregg Berhalter said he’s targeting a trip to Europe—ahead of the World Cup’s November kickoff. The Nations League group stage then resumes in March 2023. The first place finisher in each of the four League A trios will contest the tournament semis and final the following June.

The Nations League does include some competitive stakes, as it doubles as qualifying for the 2023 Gold Cup. The top two teams in each League A group advance automatically to the regional championship, leaving the third-place finisher to negotiate a playoff against countries from Leagues B and C (that third team also will be relegated to League B for the next Nations League).

El Salvador, which is coached by former U.S. international Hugo Pérez, is ranked 74th in the world and finished seventh in the recently completed Concacaf Octagonal at 2-8-4. But La Selecta left an impression on the U.S., which was unable to break down the frenetic, hard-tackling hosts in the Salvadoran capital last September. The Cuscatlán is Central America’s largest stadium and holds more than 50,000.

“The one atmosphere that outperformed anything I’ve ever seen before from them was El Salvador,” Berhalter told Sports Illustrated last month. “I’ve never seen that from El Salvador as a country in all my years playing down there.”

Grenada, ranked 170th, was knocked out in the first round of Concacaf’s World Cup qualifying competition with a 1-3-0 record that included a 2–0 loss in El Salvador. The Spice Boys have lost all three previous matches to the U.S. and feature several players from the USL Championship.

“El Salvador demonstrated in World Cup qualifying that they are a formidable opponent, and Grenada proved they are an up-and-coming squad after winning their group in the last [Nations League] tournament and gaining promotion to League A,” Berhalter said in a statement following Monday’s draw. “This format provides a valuable opportunity to gain experience in away games in our region, and we’re looking forward to the chance to defend our Concacaf Nations League title.”

U.S. Soccer has not announced a venue for either the Grenada game in June or either of the two friendlies expected to precede it. The friendlies will be June 1 and 5, according to The Washington Post.