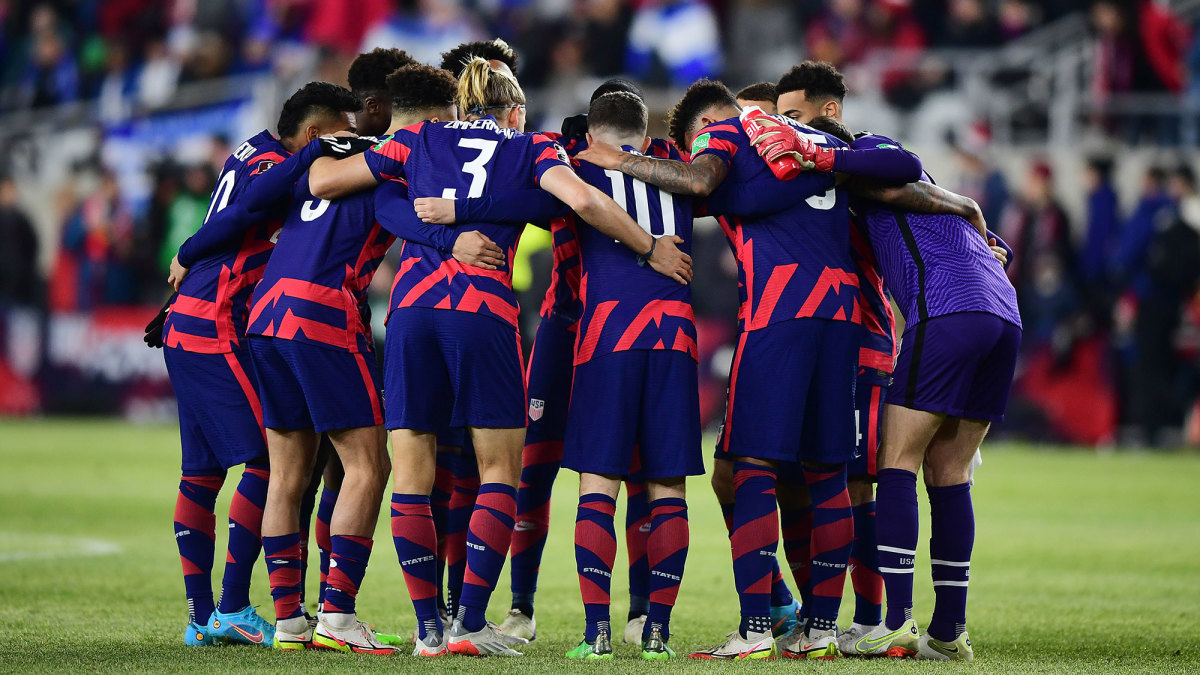 ORLANDO, Fla. — They’ve been ruled out for just about all the reasons an athlete can be ruled out: injury, illness and suspension.

Sergiño Dest hurt his hamstring while playing recently for Barcelona. Reggie Cannon tested positive for COVID-19 in Mexico. And DeAndre Yedlin was cautioned during the first half of Thursday’s 0-0 draw at the Estadio Azteca. As a result, the most experienced player on this U.S. men’s national team roster now faces a one-game suspension for yellow card accumulation (just two in Yedlin’s eight World Cup qualifiers, but that’s the terrible rule).

“The biggest thing that I’ve learned … is you’re never going to have your best team,” Berhalter said Saturday. “You’re always going to be missing players. And as soon as I came to terms with that, you know we’re much more peaceful about it. We’re much more intentional about the next-man-up mentality, because that’s literally what it is.”

World Cup qualifying in Concacaf is an unpredictable, occasionally infuriating gauntlet of ups, downs and attrition. And now that Octagonal’s finish line is in sight, the depleted but motivated Americans (6-2-4) have no choice but to summon the focus and resolve required to power through. The three unfortunate right backs aren’t the only men absent, and most of those present and preparing for Sunday evening’s showdown with Panama (5-4-3) are still recovering from their high-altitude effort at the Azteca.

The narratives here in central Florida are as thick as the Mexico City air was thin. There are storylines and potential distractions aplenty, and U.S. men’s soccer is on the tantalizing threshold of multiple levels of redemption. On Sunday, the U.S. can make amends for its worst performance of the Octagonal and get one back on Los Canaleros, who beat the plodding Americans in October. Berhalter and his players can also solve the game No. 2 hex, under which they’ve struggled in the second match of the four previous qualifying windows. And biggest of all, the U.S. can seal a return to the World Cup four-plus years after its stunning and far-reaching failure in Trinidad. It could all happen at sold-out Exploria Stadium.

With a win over Panama and a Costa Rica loss or tie at El Salvador, the U.S. would clinch one of the top three spots in the final round of Concacaf’s eight-team qualifying competition and, with it, a trip to the Qatar World Cup. A draw would be enough if Costa Rica falls in San Salvador (that match will end as U.S.-Panama kicks off). A tie in Orlando, regardless of the Costa Rica result, would ensure the Americans finish at least fourth. That would mean, at worst, a one-game playoff against a team from Oceania in June. Other combinations of results have more varied implications.

It’s a lot to keep track of, and the message from Berhalter and his players Saturday was clear: the best way to handle the injuries, the absences, the fatigue and the swirling narratives is to stay grounded. Keeping it simple has carried them to second place. It’s been “one game at a time” and “next man up” for months. Now they trust that’ll take them to Qatar.

“Getting a point at Azteca—all the energy and emotions exerted there—we didn’t get too high. We didn’t get too low,” goalkeeper Zack Steffen said. “Coming back to Orlando, we’re all focused just to stay in the moment, focus on what we can control, and that’s all about just getting our bodies back, getting our minds ready and getting focused for [Panama].

“We potentially could qualify for the World Cup tomorrow night on our home turf. That’s pretty special and really exciting and we just can’t focus on that,” Steffen continued. “We just have to focus on our game plan and competing for one another. And as long as we go out there, fight. Stick to the game plan and focus on the details that should put us in a good seat to be successful.”

Berhalter said that Saturday’s practice would be light as his team continues to recover from the match in Mexico. Octagonal windows are tight—three games in seven days with long flights in between. Compare that to the group stage at a World Cup, which is typically contested across 11 days. As a result, squad rotation and depth have been integral parts of the qualifying effort. Berhalter has used 38 players in 12 games. Only the 2010 cycle, which required 18 matches, involved more.

No U.S. player has appeared in each of the 12 qualifiers so far. Winger Brenden Aaronson was on his way until suffering a knee injury last weekend. Midfielders Tyler Adams and Kellyn Acosta and left back Antonee Robinson are the only other U.S. men to hit double digits. Despite the frequent turnover, the U.S. has done enough to stay in second behind surprising Canada. And Berhalter has done enough during his tenure to ensure there’s seasoning spread throughout the squad. The emergency right back call-up, Shaq Moore, flew to Florida from Spain following Cannon’s positive test. Moore has already played in two qualifiers and was a regular starter at last summer’s Concacaf Gold Cup.

“We knew we could use the [2021] Nations League and the Gold Cup to give a large number of players experience in Concacaf competition, and that’s why we split the rosters up and that’s why we used a huge group of players in that,” Berhalter explained Saturday. “And then finally throughout qualifying, I think being brave enough and believing in young guys enough to give them opportunities to get on the field and see what it’s like.

“It’s also given the coaching staff conference that we can call on a guy like Shaq at the last minute and be completely comfortable with how he’s going to perform in a game,” Berhalter said.

The fitness of Adams, midfielder Yunus Musah, winger Christian Pulisic (played 83 minutes in Mexico) and winger Gio Reyna (30 as a sub coming off a lengthy injury absence) will go a long way toward determining the rest of Berhalter’s Orlando lineup. Winger Tim Weah’s suspension (card accumulation) and the continuing issues up top represent problems to solve as well (Berhalter said Ricardo Pepi, Jordan Pefok and Jesús Ferreira are all in contention to start). The manager has tried both heavy and minimal lineup rotation ahead of previous Game No. 2s and still hasn’t found a winning combination or approach. Whether it’s an issue of rest and recovery or focus and psychology, the Americans have stumbled repeatedly at this stage of previous windows. They’re 0-2-2 in with just a pair of goals scored.

The opening game has been the next one for weeks. The players are amped and prepared. The third match, when there’s been one, has been a test of resilience following a disappointment. But that second match remains a problem the U.S. will have to solve on Sunday.

“We’ve giving it some thought and we haven’t come up with much to be honest,” Berhalter said, adding that three of the four instances were played away. “Overall l’m not sure it’s a big enough sample size to really make a judgment on it. And what we’re doing is acknowledging it. I think it’s a challenge for the group.”

In a small way, acknowledging it and then focusing firmly on the challenge at hand is the same way the U.S. is handling its revival and potential return to the World Cup. Berhalter and his players are asked frequently about the shadow of Couva and that 2017 failure even though he, and the vast majority of them, weren’t involved. It remains a stain on the program and a cause of significant stress for supporters. But the only way to move past it is to keep moving. That goes for both injuries or fatigue, and setbacks of a more historic nature.

“I preached to the team about just one game at a time, sticking to the process, doing the small things—doing the process-orientated things—and the results will come,” Berhalter said.

“I know there are similarities to last [cycle]. But you know we’re looking forward. I don’t think this is a group that looks back. We acknowledge what happened in the past. It’s part of who we are as U.S. men’s national team players and program. We acknowledge that. But we have to forge our own path, and tomorrow’s a good time to do it.”

Steffen said, “We’re aware of the emotions—of our emotions going into it. And it’s just about kind of putting those on the back burner and going out there and playing the game that we’ve been playing for our whole lives.”

If they can do that, Sunday’s match in Orlando can be one they remember for the rest of them.