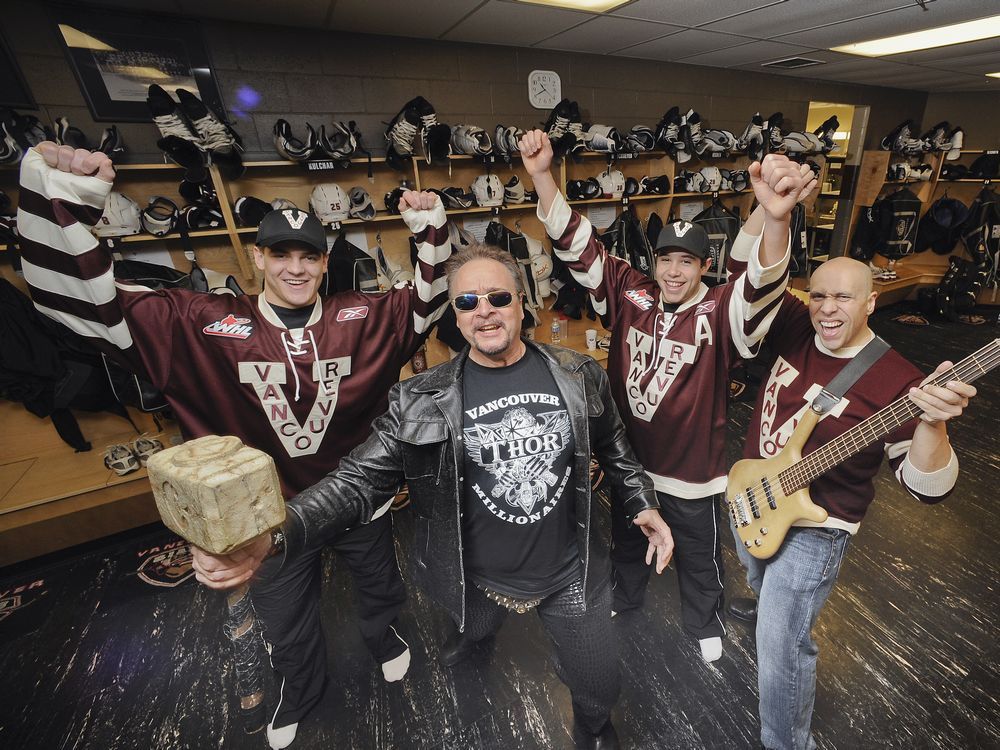 The futures of Mazden Leslie, Ty Halaburda and Ethan Semeniuk can get you thinking about some past Vancouver Giants.

Leslie, Halaburda and Semeniuk are 16-year-old rookies with the club, all members of their 2020 Western Hockey League Draft class. They’re getting extended runs of ice time this season and they’ve showed promise. First-round pick Leslie, who’s a defenceman, and second rounder Halaburda and third rounder Semeniuk, who are both forwards, certainly look like they’ll be building blocks for the team going ahead.

It prompted a question: What’s been the Giants’ best ever draft class?

We’ll check back in a season or two to see where Leslie, Halaburda and Semeniuk might measure up, but here’s what we have right now:

Vancouver has 10 former players in its Ring of Honour and two of them — Bouma and Cunningham — come out of this one class.

The trio, all of whom were forwards, played 727 combined regular season games with Vancouver, led by Cunningham’s 295. They played in a ton of wins, evidenced by the fact that they were a part of three straight 100-point regular season teams, as well as being members of Vancouver’s 2007 Memorial Cup-winning squad.

Third rounder Nathan Deck was dealt to the Prince Albert Raiders in that the Memorial Cup year that brought A.J. Thelen, and Thelen helped solidify Vancouver’s defence. Deck, a defenceman, wind up playing 272 games with the Raiders.

Fun fact about that draft: Along with being successive Vancouver selections, Wright, Bouma and Deck were born on successive days.

Vancouver loaded up on picks for that draft and it paid off, with that group being the centrepiece of the team that went to the 2019 WHL championship series, where they lost in overtime in Game 7 to Prince Albert.

This group might be higher if the COVID-19 pandemic didn’t wipe out the 2020 playoffs, especially with Tendeck expected to be a focal point in net again.

Kane’s 48 goals in his draft year in 2008-09 were a team record at the time and the winger is tied for earliest ever Giants’ NHL Draft pick. He went fourth overall to the Atlanta Thrashers in 2009; defenceman Bowen Byram was picked in the identical spot by the Colorado Avalanche in 2019.

Manning, a defenceman, is the franchise leader in regular season games played (310) and Henry, a forward, is a former team captain.

It’s easy to wonder where this group might be, too, have been if those 2020 playoffs weren’t curtailed by the pandemic, or if netminder Miner got a full season and playoffs last year instead of the 22-game hub season due to the pandemic.

Second rounder Lukas Svejkovsky, along with the aforementioned Plouffe, were sent to the Medicine Hat Tigers in a trade that brought forward Tyler Preziuso and defenceman Trevor Longo, who were supposed to be key in a 2020 playoff.