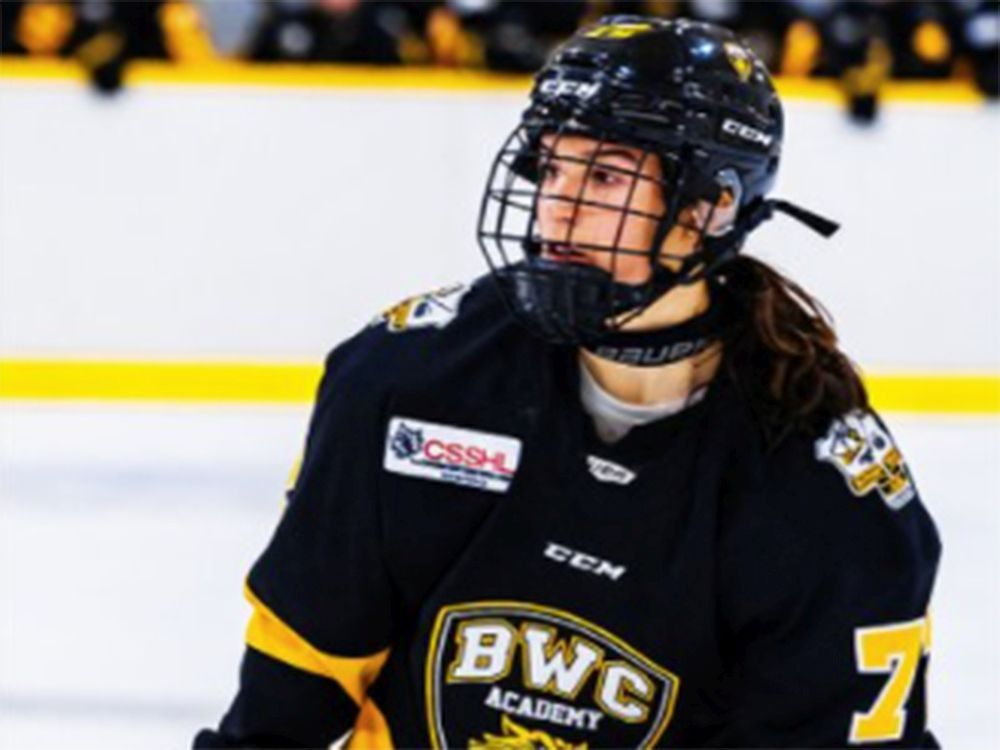 For the first time in franchise history, the Giants had three picks in the first round of a WHL Draft. They used No. 7 overall on Cameron Schmidt, a centre from Prince George who played this past season with Rink Kelowna. Parneta then traded up, swapping No. 21, along with No. 70, to the Saskatoon Blades for No. 19. The Giants proceeded to use that selection on Aaron Obobaifo, a centre from Calgary who played in Minnesota with Shattuck-St Mary’s.

Parneta then picked Jakob Oreskovic, a forward from Langley who played with Delta Hockey Academy, at No. 22.

Parneta was also making news at the end of the draft when he took Chloe Primerano, a defender from North Vancouver who’s played with Burnaby Winter Club, in the 13th round. Primerano is the first female skater ever picked in either the WHL, QMJHL or OHL prospect drafts.

In 2021 goaltender Taya Currie became the first female drafted to the OHL when she was selected by the Sarnia Sting in the 14th round.

“She competes, she plays hard and she’s smart,” said Parneta. “We think we drafted a really good player. That’s what it is.

“There was consistent chatter among us about how good she was.”

With the 268th overall selection (Round 13) the Vancouver Giants have selected 2007-born defender Chloe Primerano (North Vancouver, BC) in the 2022 @TheWHL Prospects Draft.

Chloe Primarano is the first ever female to be selected in a WHL Bantam Draft.

Parneta says his phone blew up Thursday afternoon with former Primerano coaches and people who had coached against her saying that she deserved to be recognized.

Primerano says she found out initially that she had been picked when she saw her name scroll across the WHL website.

“It was really crazy. I still couldn’t believe that it was real,” she said.

“I had heard some rumblings before the draft that it might happen, but I didn’t think it was going to.”

Primerano has been playing hockey since she was three years old and always against guys. The plan, according to Parneta, is for her to come to training camp in the fall, like the rest of the Vancouver picks. Like everyone drafted on Thursday, Primerano would only be eligible to play five games next season in the WHL. This year’s draft class can become full-time players in the 2023-24 campaign.

“The opportunity to go to a WHL camp, with all the great players that will be there, is really exciting,” said Primerano.

Players drafted that late don’t routinely stick with teams, but it does happen. Winger Kyle Bochek, whose play flourished with the Giants during this most recent playoff run, was a 2018th 12th rounder.

Listed at 5-foot-8 and 135 pounds, Primerano had two goal and 17 assists in 30 games with BWC. Nine of her assists came on the power play.

Meanwhile, Parneta says that he thinks the Giants grabbed two “top-five talents,” in Schmidt and Obobaifo.

With his Shattuck ties, there’s a school of thought that Obobaifo could be destined to go the NCAA route. Parneta believes the Giants have good insight into Obobaifo because Vancouver’s Minnesota scout Ryan Sawchyn’s son Lucas is a teammate of Obobaifo. Parneta also says that Obabaifo’s family adviser works for The Sports Corporation, the Edmonton-based player agency led by Gerry Johannson. Johannson has represented several Giants over the years, most notably Milan Lucic and Brendan Gallagher. And former Giants GM Scott Bonner also works for Johannson’s group as well.

The Giants have had two first rounders in a single draft three times, the last coming in 2016 when they took defenceman Bowen Byram at No. 3 and goalie Trent Miner at No. 20. They were both integral to the 2019 WHL championship series team.