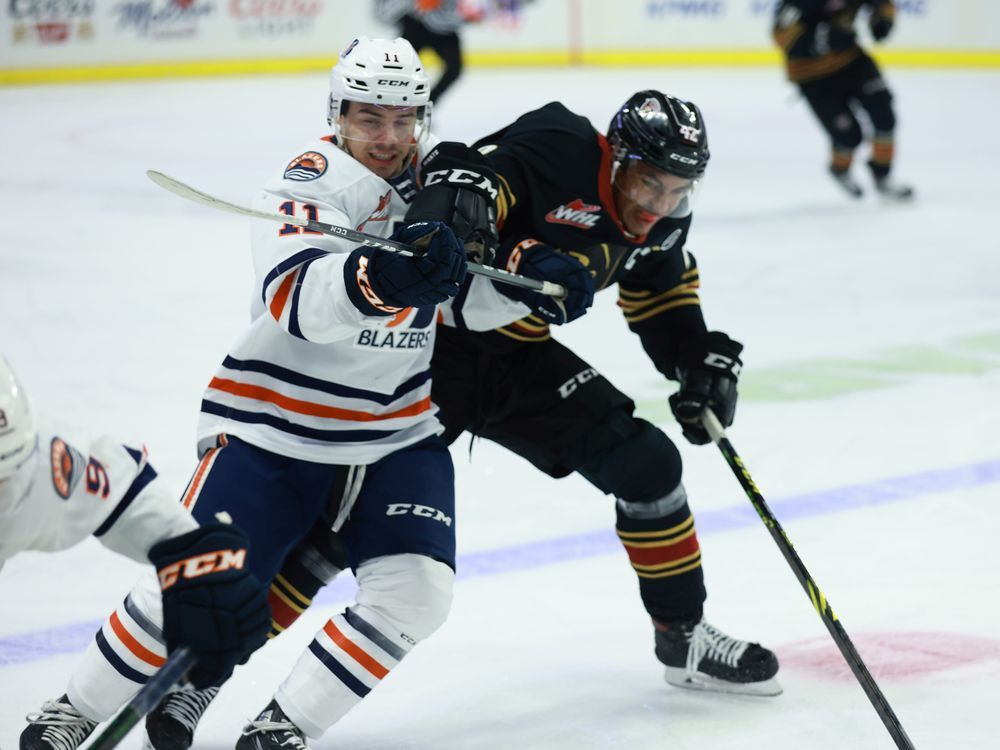 The Vancouver Giants are losing games but still managing to hold their ground in the WHL’s Western Conference standings.

Vancouver’s 5-2 setback to the Kamloops Blazers on Sunday afternoon at the Langley Events Centre was their third defeat in as many days, and their fourth in a row overall. Luckily for them, the teams around them in the standings are in similar stretches.

The last-placed Spokane Chiefs (11-23-3-1), who won their most recent game, are two points behind Tri-City.

“We have to start playing like a team again. I know it makes me sound like a broken record, but it’s true,” Giants general manager Barclay Parneta said, offering up what has become a familiar refrain. “We need more consistent efforts and not small snippets of playing our game. We need to stick to the tactics and the systems set forth by the coaches.

“Right now, we’re underachieving. We need to start meeting or exceeding expectations. We can be a competitive team that can win on any night.”

The Giants have gone 1-4-0-0 since trading their two longest-tenured players — team captain and centre Justin Sourdif and alternate captain and defenceman Tanner Brown — in separate deals at the Jan. 17 WHL deadline.

Vancouver was 13-7-1-0 on Dec. 4 and then started losing staff and players to the world juniors, beginning with head coach Michael Dyck, who was an assistant for Team Canada. The Giants have gone 3-14-1-0 since then.

Sourdif, 19, a Florida Panthers prospect who was Vancouver’s best player, went to the Edmonton Oil Kings for 19-year-old winger Jacob Boucher, a 2022 WHL Draft first-round pick, and a 2025 first rounder.

Brown, 19, was dealt to the Winnipeg Ice in exchange for a 2022 first rounder.

Especially with Sourdif in tow, there was the makings of a potent power play, but Vancouver has been inconsistent with the man advantage all year.

Vancouver was 1-of-3 on the power play on Sunday, thanks to a tally by second unit point man Tom Cadieux. Sunday’s effort improved the Giants to 12.9 per cent (4-of-31) against the Blazers, and that is part of why Kamloops is 7-1-0-0 versus Vancouver to date.

Lysell (illness) returned to the Vancouver line-up on Sunday, following a two-game absence, and that should be a help with the power play and overall production.

The Swedish winger, who the Bruins picked No. 21 overall in the 2021 NHL Draft, had only returned to action for two games prior to this latest shutdown for him.

He left the Giants after a Dec. 11 game in Victoria to play for Sweden at the world juniors. When that tournament was called off, he went to visit family in Sweden. Giants brass have said that break was planned all along, and Lysell ended up missing 10 games during that stretch.