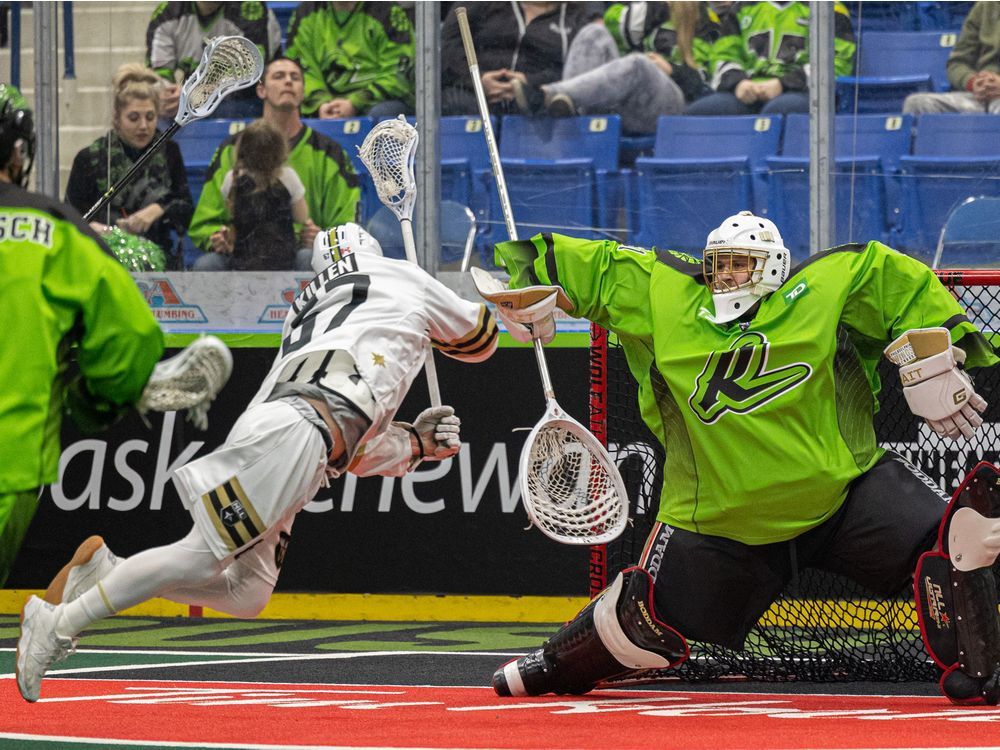 The Warriors dropped at 15-13 decision to the Saskatchewan Rush on Saturday in Saskatoon. With two games left in their National Lacrosse League season, Vancouver (6-10) is chasing the Calgary Roughnecks (8-7), Panther City (6-9), Philadelphia Wings (8-8) and Albany FireWolves (7-9) for one of the final two playoff spots.

The top three teams from the Western Conference automatically advance to the playoffs. The fourth-place team from that six-team conference also moves on if it has a better record than the fifth-place finisher in the eight-team East.

The Warriors got off to a 5-3 start to the season but have lost seven of their past eight games, including the last three in a row.

Vancouver hosts Calgary at Rogers Arena next Saturday, has a bye week, and then wraps up league play facing the San Diego Seals (9-6) at Rogers Arena on April 30. The Warriors need to win those two games and then receive considerable help to have any chance at playoffs now.

Further complicating matters is that Saskatchewan (5-10) is still mathematically alive in the West.

The Rush got 37 saves from netminder Eric Penney in Saturday’s win over the Warriors. Vancouver had released Penney in November at the close of training camp, opting to run with Alex Buque and Steve Fryer in their net instead.

Penney had spent five seasons with Vancouver, and was their starter for much of that. He had an 11-34 record and a 13.02 goals against average with Vancouver.

Penney signed with Philadelphia in January and he was traded to the Rush in February.

He’s the second former Warrior goalie that Vancouver has lost to this season. Aaron Bold, who released by Vancouver midway through his second season with the club in 2020, backstopped the Halifax Thunderbirds to a 14-12 win over visiting Vancouver on March 5.

Saskatchewan got four goals and one assist from Josh Currier, three goals and two assists from Jeff Shattler and one goal and six assists from both Ryan Keenan and Ryan Church.

Vancouver got seven goals from Kyle Killen and five goals and five assists from fellow right-hander Keegan Bal. They didn’t get a single goal from a left-handed forward. They did get six assists from Logan Schuss.

Defender Brandon Goodwin rounded out the goal scoring for Vancouver.