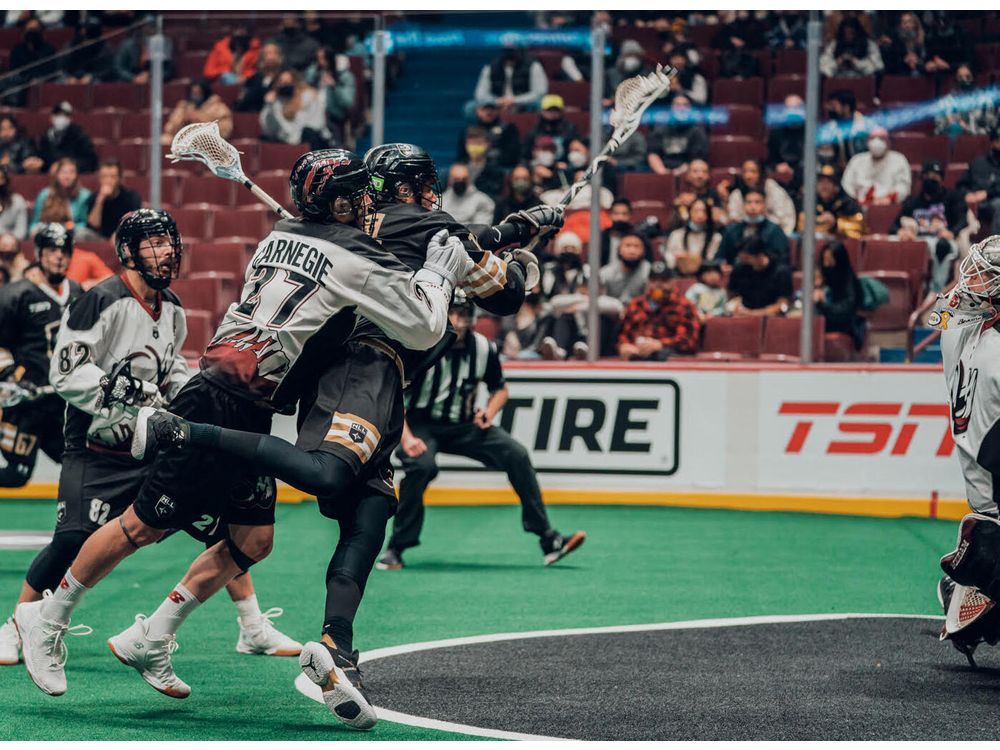 The Vancouver Warriors should have no shortage of inspiration for a rebound on Friday.

Vancouver takes on the host Colorado Mammoth that night at Ball Arena coming off a 14-5 loss last week to the Toronto Rock before an announced crowd of 8.283 at Rogers Arena, a season high at home for the Warriors.

Friday also marks the club’s first trip to Denver since a 9-4 loss to the Mammoth there on Jan. 29.

The Warriors are averaging 10.73 goals per game on the season despite those two setbacks. Vancouver (5-6) holds down the third and final guaranteed playoff spot out of the National Lacrosse League’s West Division, but they’re trending the wrong way, losers of three straight going into the match-up with the second-place Mammoth (6-4).

Fourth spot in the six-team West makes the playoffs if it has a better record than the fifth place from the eight-team East at the close of the 18-game regular season.

“The message I gave the coaches and the leadership group was that the effort against Toronto was unacceptable,” Warriors general manager Dan Richardson said. “We believe in this group, but we need a complete effort for 60 minutes. We do that and we can compete with any club.

“We need to put that one behind us and concentrate on bringing ‘A’ games in Denver.”

The NLL trade deadline was Tuesday. Richardson didn’t make a move. He said he received calls from opposing GMs offering older players, including pending free agents, in exchange for draft picks. He didn’t bite, even though Vancouver is looking for just its second playoff berth in eight seasons.

Richardson took over running the team in June 2018, not long after the Vancouver Canucks bought the Vancouver Stealth, and went about moving them out of the Langley Events Centre to Rogers Arena and giving them a new name and look.

Richardson’s predecessor Doug Locker traded away Vancouver’s first-round pick in six straight drafts, looking to build for the present but having limited success doing that.

Defender Reid Bowering, whom Richardson took with the No. 2 overall choice in 2020, was the franchise’s first first rounder since it landed forward Cody Bremner in 2013, and Bowering has been one of Vancouver’s best players this season. He’s a candidate for NLL rookie of the year honours.

“I spoke to five or six GMs on deadline day but was never really close on anything,” Richardson said.

The Mammoth did add at the deadline, landing forward Tyson Gibson from the New York Riptide (3-8) for forward Tyler Digby, defender Ron John and a 2024 first-round draft choice.

The West-leading San Diego Seals (8-2) were busy as well, bringing in forward Brett Hickey from the Philadelphia Wings (5-7) for a 2024 second rounder.

Richardson also said that the return of star forward Mitch Jones (foot surgery) isn’t imminent for the Warriors. Jones was injured preparing for practice ahead of that Jan. 29 game in Denver and the Warriors had hoped he could be back after eight weeks at the earliest.

“He’s progressing,” Richardson said. “There’s still a lot of hard work ahead of him.”

Jones was leading the team with 26 points, including 12 games, through four games. He’s still fifth in team scoring, despite missing seven games.