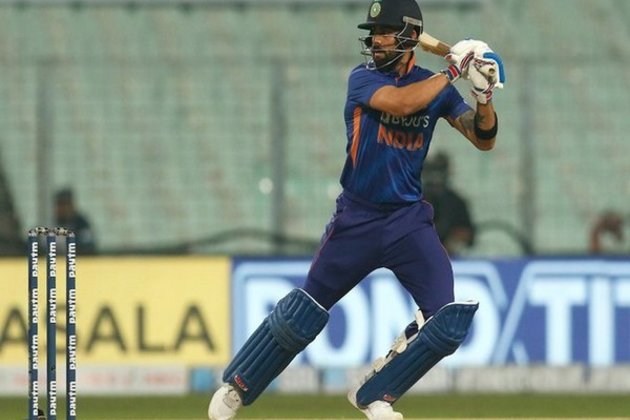 London [UK], July 14 (ANI): Ahead of the second ODI match of the three-match series against England, India star batter Virat Kohli warmed up in the nets.

It was speculated that Virat is yet to recover from the groin strain and might miss out on the second ODI as well. But the pictures of the batter, practising in the nets gave some hope to the fans.

“Virat Kohli warming up in the nets ahead of the 2nd ODI against England,” tweeted the Board of Control for Cricket in India (BCCI).

The former skipper could manage scores of only 11 and 20 in the fifth and final Test against Edgbaston and continued his bad performances in T20Is, where he could score only 12 runs in two innings.

Coming to the ODI series against England, India have gained a leady by 1-0 after registering a win by 10 wickets in the first ODI.

Both the teams will be squaring off for the second ODI on Tuesday, here at the Lord’s stadium. (ANI)