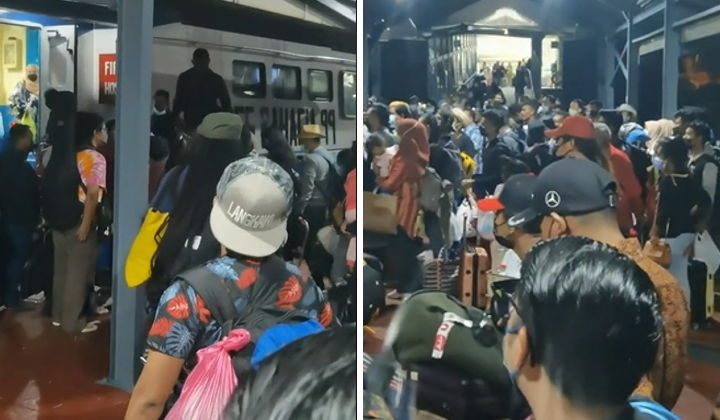 Ferry delays from Langkawi yesterday have caused quite a commotion online when videos of passengers and crew members shouting at each other at a terminal went viral.

It was a tense situation with many of the passengers having to wait for hours before the quarrel happened.

Based on reports from Berita Harian, the incident happened at the Kuah Ferry Terminal and travel had to be delayed after damages were found on one of the large-capacity ferries.

I was informed that there was a large-capacity ferry that was damaged at the last minute causing the journey of some passengers to be delayed. However, all 423 passengers involved arrived safely at the Kuala Perlis Passenger Ferry Terminal at 11.25 last night via Expres Bahagia 99.

The Star City 6 ferry which carried 423 passengers was supposed to start its journey at 2.30 pm yesterday but was changed to Feri Bahagia 99 which can carry up to 555 passengers.

Meanwhile, NST reported that the eight-hour delay was caused by low tides, which makes it impossible for boats to travel in and out of the island.

Konsortium Ferry Line Ventures Human Resources and Operations Manager Baharin was quoted saying that the ferry can’t depart or dock from the Kuala Perlis jetty during the low tide period as the sea-water levels would be below 1.6 metres.

The ferry was supposed to depart Kuah Ferry Terminal at 2.30pm but it suffered a breakdown. After discussions, the consortium decided to reschedule the ferry to 10pm because if the ferry departed at 3.30pm, it will not be able to berth at the Kuala Perlis Jetty terminal due to the low tide.

In one of the videos which were uploaded on TikTok, the user claimed she had to wait for hours from 2.30 pm before they were allowed to ride the ferry.

She then uploaded another video showing passengers slowly getting on board the ferry, with the shouting contest still going on in the background.

Netizens who saw the video had a say on the matter, saying that it’s just better to stay at home during the Chinese New Year period to avoid being in those types of situations.

Another user also said that states up the north are experiencing low tides which causes delays in boat travel, hence why it’s not advisable to travel by sea.

Unkempt in both stories and appearance, Hakim loves tech but tech left him on read, previously he used to write about tall buildings and unoccupied spaces that he can’t afford, and legend has it that he still can’t afford it to this day