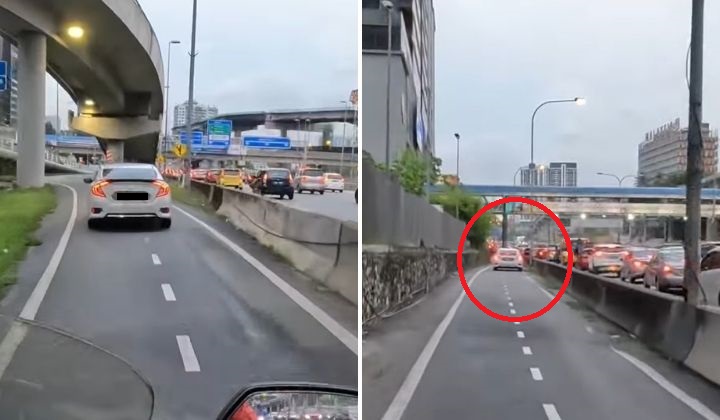 A car driver who used the motorcycle lane to beat the traffic on Federal Highway near Jalan Pantai Baharu, Kuala Lumpur, was caught in the act by a motorcyclist.

The white Honda Civic suddenly cut into the motorcycle lane from the busy highway and drove until it got stuck at the motorcycle roundabout in Mid Valley.

Netizens suggested barriers to be put up to block large vehicles from getting into the motorcycle lane.

However, a netizen said maybe the driver forgot he was driving a car instead of riding a motorcycle that day.

Free Malaysia Today reported that the police managed to track down the 30-year-old driver of the Honda Civic.

The suspect was arrested when he appeared at the Kuala Lumpur Traffic Police Station for questioning.