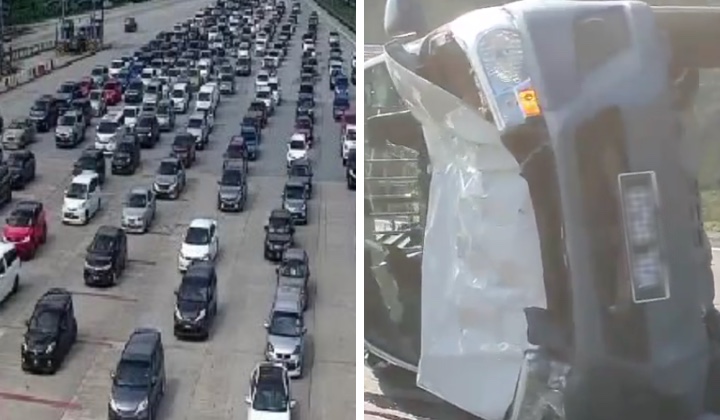 Traffic flow on the East Coast Highway (LPT) was reported to be congested on 29 January.

The jam, which stretched 20 km, was due to an accident involving nine vehicles including a container truck.

According to information shared by the Malaysian Highway Authority (LLM), the accident occurred at Kilometer (KM) 40 East near Genting Sempah which caused the middle and right lanes to be blocked.

As a result of the accident, the right and middle lanes are blocked.

LLM added that traffic was congested along Jalan Lingkaran Tengah 2 (MRR2) to Bukit Tinggi, as traffic crawled to a halt.

When Brakes Fail And Cause An Accident

The trailer truck came from Kuala Lumpur and was heading towards Kuantan when it collided with eight vehicles in front of it.

The driver of the trailer truck suffered minor injuries to his right arm and forehead while the drivers of other vehicles did not suffer any injuries.

The case is being investigated under Section 43 (1) of the Road Transport Act (APJ) 1987 and if convicted can be fined not less than RM4,000 and not more than RM10,000 and can be imprisoned not more than 12 months.

Following the accident, road users are asked to drive carefully.

The congested traffic flow for three hours on the highway returned to normal by 1 pm.

The accident was recorded by netizens and shared on social media.