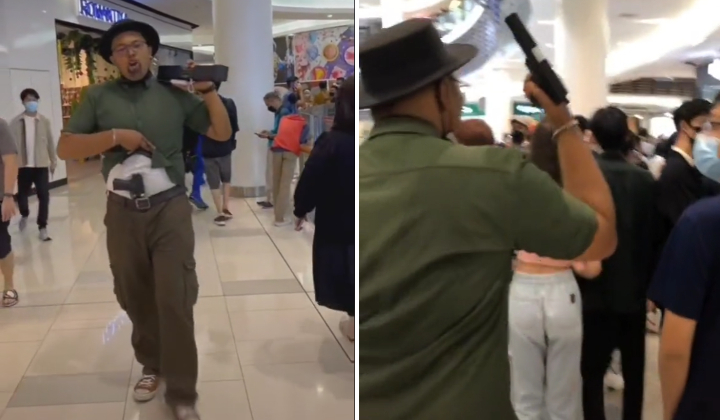 The police are looking for a man who was waving around a ‘gun’ at the recent Anime Fest in Paradigm Mall.

It is unsure if the gun is real or a prop.

The Chief District Police of Petaling Jaya, Assistant Commissioner Mohamad Fakhruddin Abdul Hamid said the video was filmed around 5.30p.m. on the 17th of May.

According to him, the man was a cosplayer at the event. It appears that he is cosplaying the character Big Smoke from the video game Grand Theft Auto San Andreas, who is part of the Ballas gang and thus carries guns in the game.

“The incident occurred at an anime festival in Petaling Jaya that was held last Friday to Monday.”

“The police are searching for the man and the case is being investigated according to Section 233 of the Malaysian Communications and Multimedia Act,” he said in a statement yesterday.

He also stated that the police are searching for the individual who uploaded the video to aid in the investigation.

Despite the guidelines set forth by organizers, con-goers reported cases of harassment and inappropriate behaviour as well.