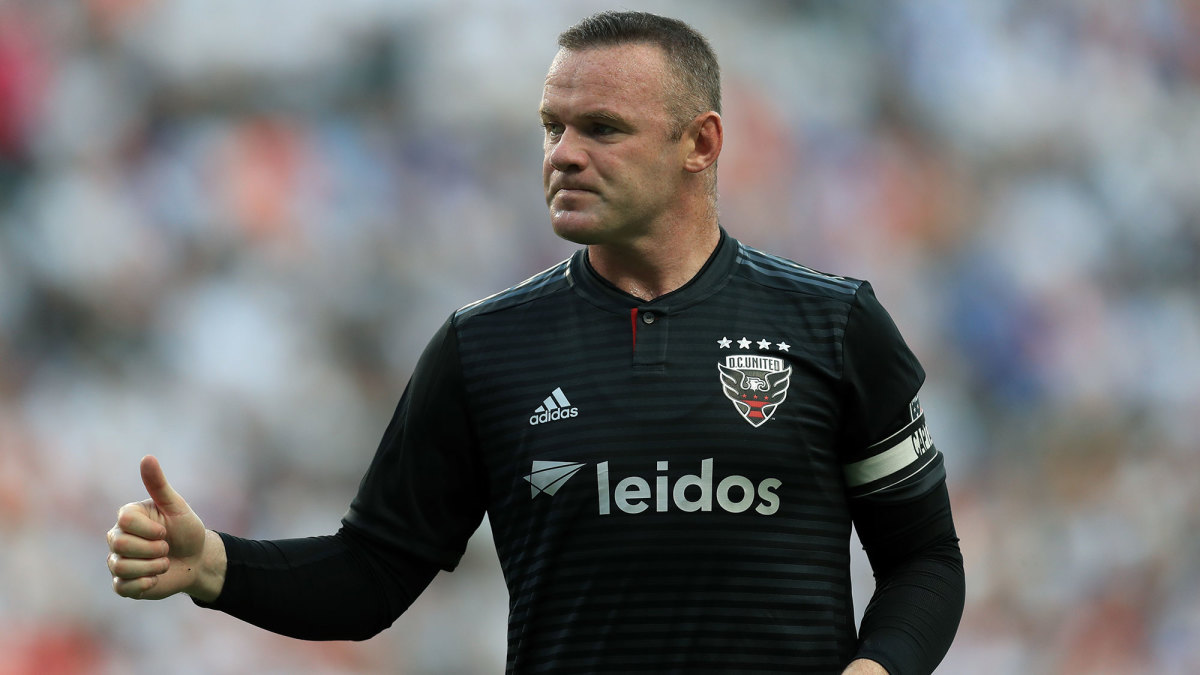 Wayne Rooney jerseys are still a relatively common sight at Audi Field. The English forward spent just a season and a half at D.C. United and departed, somewhat abruptly, at the end of 2019. But he made an impression.

The dizzying 11-2-4 run to close to the 2018 campaign, the half-field goal and assist against Orlando City, the effervescent partnership with Luciano Acosta, the everyman approach to teammates, supporters and the community—the feeling that DCU mattered again—that was enough to establish Rooney’s status among a chunk of the fan base. And it was enough to cement his relationship with the club.

Although his family yearned for home—Rooney returned to play for and then manage Derby County—the connection to D.C. was never severed. Conversations and consultation continued. Rooney, 36, may have had a lingering feeling that his work in Washington wasn’t finished.

“So, you want to come here, and when I finish playing, see pictures up in the locker room and in the stadium,” England’s all-time leading international scorer told Sports Illustrated shortly after his arrival in the summer of 2018. “I want to be in those pictures and then when young guys come through and we say, ’He was a captain who led us to success and led us to trophies.’”

That’s aiming for more than some No. 9 jerseys scattered across the stands. That’s about foundation and legacy. Rooney’s short tenure as a United player stands out in part because of what came before and after. There has been no significant title since the 2013 U.S. Open Cup and no playoff win since ’15. Although Audi Field opened in ’18 to the relief of supporters across the DMV, it remains unfinished and overshadowed by newer or more lavish facilities around the country. United, once the MLS flagship, had slipped badly from local and national relevance. Questions about club competence and commitment persisted. Hernán Losada, Ben Olsen’s successor as head coach, lasted just 15 months.

Rooney was the one who lit a spark under D.C. United. That hadn’t been forgotten by the club or its former player. So what Rooney didn’t do as captain, he’ll now try to achieve as manager. He’ll be unveiled as the team’s new coach on Tuesday afternoon at Audi Field and will be eligible to man the sidelines once his work visa is approved. His contract is guaranteed through 2023, includes a team option in ‘24 and is worth at least $1 million per season, according to The Washington Post. That’s not a wage paid by an organization that’s given up. And Rooney arrived in town Sunday evening absent his wife and four sons to take over a floundering 5-10-2 side that lost by seven over the weekend. That’s not a choice made by someone who isn’t invested in the opportunity.

Rooney earned considerable respect for his work at Derby County, which was weighed down by economic issues and, eventually, saddled with a massive points deduction that assured its relegation from the English Championship. On the field it was good enough to stay up (the Rams would’ve finished 17th of 24 teams absent the penalty), and Rooney’s work and demeanor amid the turmoil generated acclaim. He was linked to a few jobs in England both before and after stepping down at Derby, including at Everton, and surely could’ve found a gig there if he wanted. But he’s made the somewhat surprising decision to continue his career in MLS.

There’s risk here on both sides. Rooney has to hope his work in the U.S. will be respected by potential employers back home (it’s worked for a few others—Patrick Vieira, for example, moved to Nice and then Crystal Palace after two-plus seasons at New York City FC). And he’ll have to negotiate the complexities of time away from family—whether some or all might eventually join him is unclear. His oldest son, 12-year-old Kai, is a prospect in Manchester United’s academy.

For DCU, Tuesday’s announcement represents a large commitment to a young coach with no technical MLS experience, not to mention someone who previously left town before seeing out his contract. Rooney surely has the best of intentions, but can’t know how life will feel a year or more from now. Meantime, however, his signing is already paying dividends for the club. We’re talking about an exciting managerial appointment and a brighter future rather than Friday’s 7–0 defeat by Philadelphia.

The frustration among United’s fan base is understandable. Relative to the rest of the league, the club has been running in place for too long. Losada didn’t work out. Peruvian playmaker Edison Flores, a club-record transfer in 2020, didn’t work out. The past two MLS players of the month, Paul Arriola of FC Dallas and Acosta of FC Cincinnati, were unhappy in Washington and found success elsewhere. D.C. was blasted out of this year’s Open Cup by the rival New York Red Bulls and is tied with the Chicago Fire for the lowest point total in the league.

But there’s a pulse. That’s what Rooney’s arrival represents. There is enough stability and potential underpinning the club to entice him to leave home and give this a shot. When he played for DCU, the club still trained out of dilapidated RFK Stadium on nearby fields, traveling to and from the dressing room by van or golf cart. Now there’s a new, dedicated facility out past Dulles Airport, near where Rooney will be staying. The club hired a GM, Lucy Rushton, last year, and added Greek striker Taxi Fountas in April. He has nine goals in his first 11 MLS matches.

Moreover, there was sufficient substance to Rooney’s relationship with DCU owners, staff and teammates to nurture those connections once he returned to England. And there was enough respect between the parties to make Tuesday’s unveiling possible. The fact that Rooney never thought United was beneath him, or that the club was beyond help, is crucial. He sees something worth his time, effort and reputation. That something isn’t apparent in the 2022 MLS standings. But improved fortune on the field surely doesn’t happen without it.