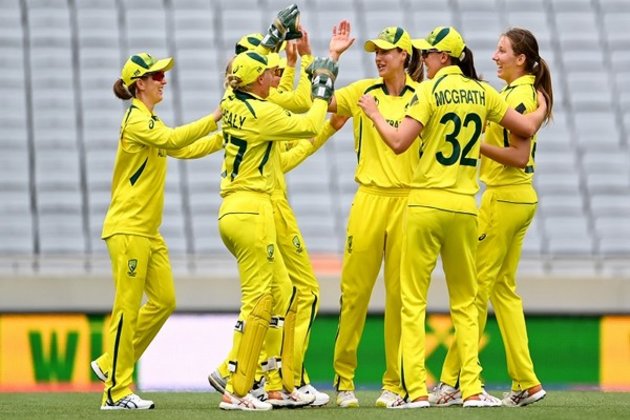 Auckland [New Zealand], March 19 (ANI): Australia captain Meg Lanning expressed happiness and said they need to field better after her side defeated India by six wickets in the last over thriller in the ICC Women’s Cricket World Cup 2022 here at Eden Park on Saturday.

Meg Lanning played a brilliant knock of 97 while opener Alyssa Healy laid the foundation for Australian victory with a quick 72. Meg Lanning believes that her team needs to do better in their upcoming matches in the tournament and added that Australia needs to improve fielding too.

“They have got a world-class team with some real match-winners, halfway it was just about par. We felt really comfortable with that for it was a ripper of a wicket. To have come away with a win against an excellent team is really great for the group. Something we can improve on in the field as well, we were a little bit fumbly which put us under pressure. It is nice to keep winning and we want to get better with every game,” Meg Lanning said.

“We will take the win today but we have got things to work on. It was tricky seeing ground as well, took a little bit to adjust, we sort of got there in the end. Very unique, the pockets are huge as well, lots of the grounds in New Zealand are, got to adjust as quickly as we can. We knew that we had it under control. A couple of boundaries would break the back of it,” she added.

Beth Mooney joined Lanning at the crease and made sure Australia don’t lose their composure going into the death overs. Chase became tricky when Lanning fell 3 runs short of her century in the penultimate over but Beth Mooney with ice in her veins called the game off for Australia in the last over.

“Moons [Mooney] came in and took the pressure off me, I got a couple of boundaries. Healy and Haynes got us off to a great start, gave us the platform and we finished it off. Was nice to see Healy do well, you could tell from the first ball she faced today, she was on with the steely look on her face,” Meg Lanning.

Australia, currently unbeaten in the World Cup 2022, have now qualified for the semi-final with five wins. (ANI)