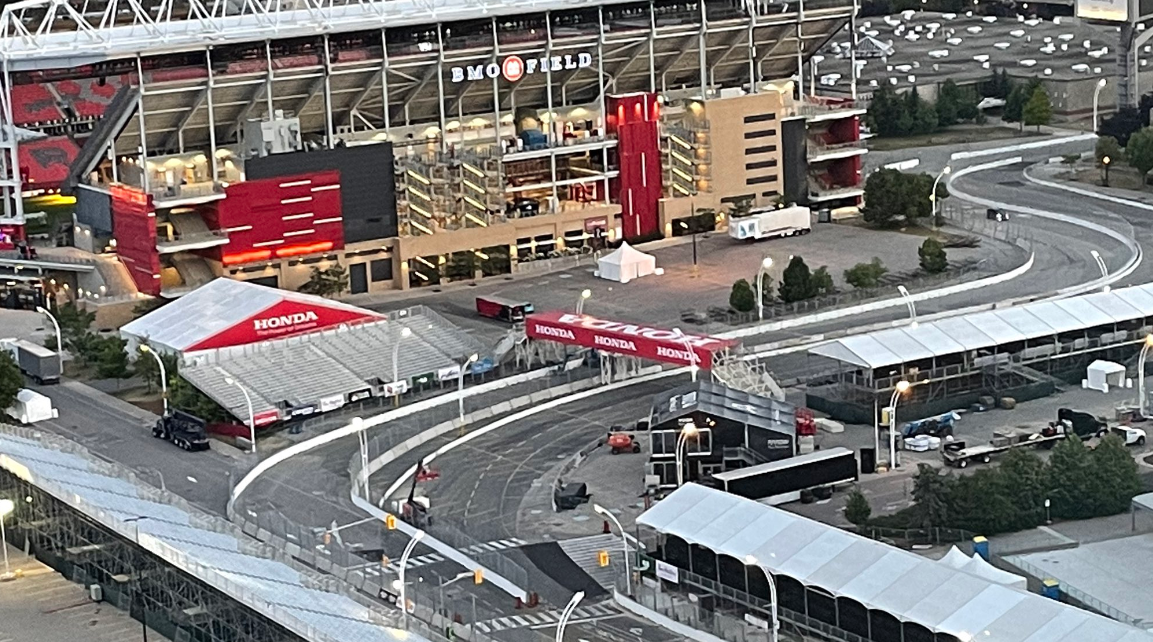 Honda Indy is making a comeback alongside some new festivals and exhibits in the city.

CityNews is also updating you on what you need to know regarding fourth COVID-19 vaccine doses for eligible Ontarians, and vaccines for children aged between six months and five years.

Weekend road and TTC closures are expected as well. Scroll below for details.

Here’s what’s going on this weekend:

Dr. Kieran Moore said adults who had their first booster over five months ago will be able to book a fourth shot — or second booster.

Health Canada has also approved a COVID-19 vaccine for infants and preschoolers between the ages of six months and five years, making Moderna’s shot the first of its kind to be allowed for that age group in Canada.

Ontario’s ministry of health said they expect to receive supplies of the new paediatric vaccine “by late next week” so it can be distributed to vaccine sites across the province.

The Honda Indy festival returns to Toronto’s Lake Shore this weekend for the first time in three years, and road closures are already in effect.

In addition to roads in and around Exhibition Place, Lake Shore Boulevard is now closed between Strachan Avenue and British Columbia Road until 1 a.m. on Monday. The southbound lanes of Strachan between Fleet Street and Lake Shore are also shut down until midnight on Sunday.

Tickets for races on Saturday and Sunday are available here.

TTC
Transit riders coming from the west end can take the Bloor subway line to Dufferin Station then transfer to the #29 bus south to Exhibition Place.

Riders coming from the east or north ends can take the Yonge-University subway line to Union Station then transfer to the 509 streetcar to Exhibition Place. People can exit the streetcar at Strachan Avenue or at the Exhibition GO Station, then walk to Gate 3.

The Love, Scarborough Festival hosted by Street Eats Market and located in the Scarborough Town Centre is this weekend. The festival includes live performances, bands and DJs, and one of Toronto’s largest outdoor patios and bars. There will also be a daily 50/50 raffle to win prizes to support Scarborough hospitals and the Love, Scarborough campaign.

The People’s Museum of North Korea

North Korea is considered one of the most closed-off countries in the world, and a new art exhibit is hoping to help Canadians better understand what daily life is like in the dictatorship with an eye toward supporting refugees.

The exhibit dubbed “The People’s Museum of North Korea” is set up at the stackt market in downtown Toronto, and runs until July 22. Human rights group HanVoice has curated the space to mimic a North Korean home.

TTC
Transit riders can take the 504 King streetcar and exit at Bathurst Street.

The annual Junior Carnival parade gives children the opportunity to celebrate Caribbean culture and share it with their community.

Young masqueraders dance through the streets in their brightly coloured costumes. This parade, similar to the Carnival is made up of a series of band leaders displaying costumes in competition.

The free event is happening at Neilson Park located at 36 Sewells Rd. in Scarborough from 11 a.m. to 8 p.m. on Saturday.

TTC
Transit riders can take the 131 Nugget bus to Sewells Rd at Brenyon Way East Side.

Toronto’s Festival of India launches with a parade down Yonge Street, beginning at Yonge and Dundas, and will make its way down to the lake at Queens Quay.

During the parade, three ornate, 40-foot tall floats will be hand-pulled by participants amidst singing, drumming, and dancing.

The parade begins at 11 a.m. at Yonge and Dundas on Saturday.

GO Transit
For most of the weekend GO Bus Routes 16, 21 and 31 will be rerouted due to road closures for the Honda Indy Toronto festival.