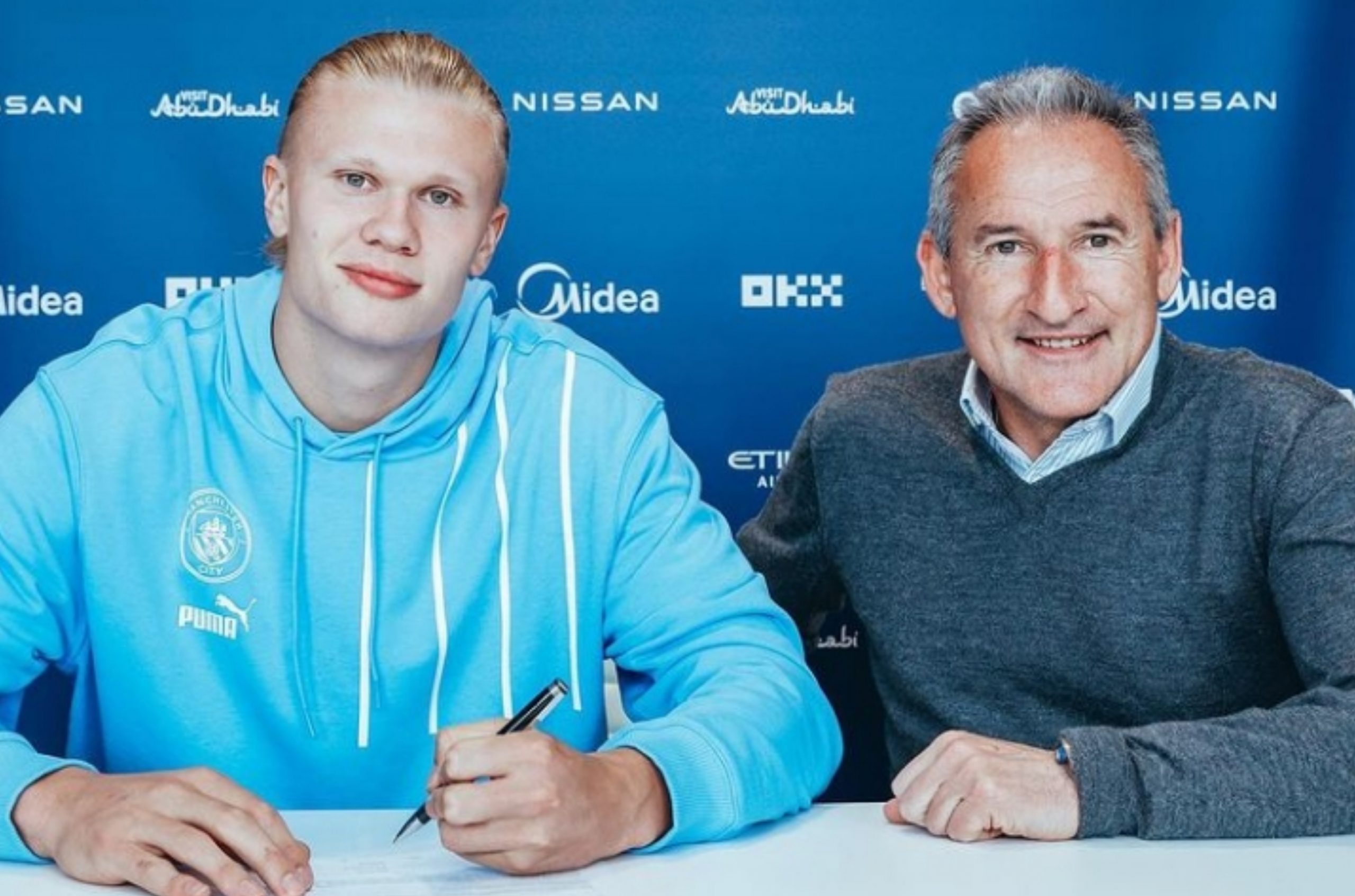 City signed Haaland from German side, Borussia Dortmund in a deal estimated to cost £51 million.

Manchester City are said to have paid Haaland release clause.

The Sky Blues are expected to pay £85.5 million in total for the 21-year-old Norwegian when agent fees, signing bonus and other costs are taken into account.

Haaland is expected to remain at the Etihad Stadium for five years as Manchester City hope to win the UEFA Champions League for the first time in their club history.

In quotes seen by African Entertainment on mancity.com, Haaland indicated that “This is a proud day for me and my family.”

He added “I have always watched City and have loved doing so in recent seasons. You can’t help but admire their style of play, it’s exciting and they create a lot of chances, which is perfect for a player like me.”

“There are so many world-class players in this squad and Pep is one of the greatest managers of all-time, so I believe I am in the right place to fulfil my ambitions.”

“I want to score goals, win trophies and improve as a footballer and I am confident I can do that here. This is a great move for me and I can’t wait to get started in pre-season.”