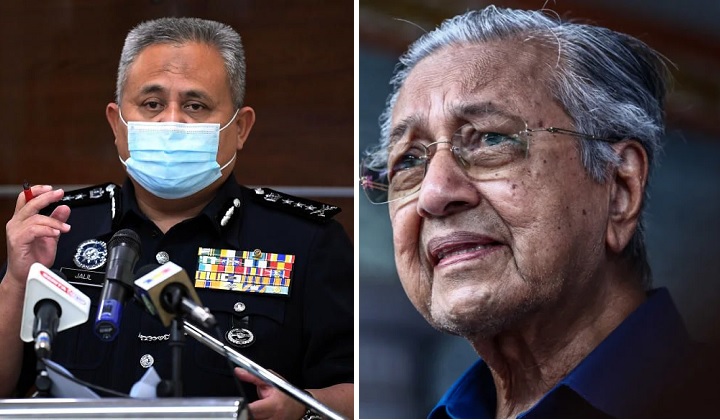 The police have confirmed that there are no new investigations being carried out on former premier Tun Dr Mahathir Mohamad.

According to Bukit Aman Criminal Investigation Department director Datuk Seri Abd Jalil Hassan, the last time Dr Mahathir was called in by the police was on March 23.

This, according to Abd Jalil, was to facilitate an investigation of the case involving former Attorney-General Tan Sri Tommy Thomas’ memoir.

“His statement was taken as a witness to several matters raised in the book ‘My Story: Justice in the Wilderness’,” Abd Jalil said in a statement here yesterday.

Dr Mahathir, who is also the chairman of Parti Pejuang Tanah Air (Pejuang) had previously on his Facebook, said that he would be called in for questioning by the men in blue.

He made the claim in his posting titled “Malaysian Justice“.