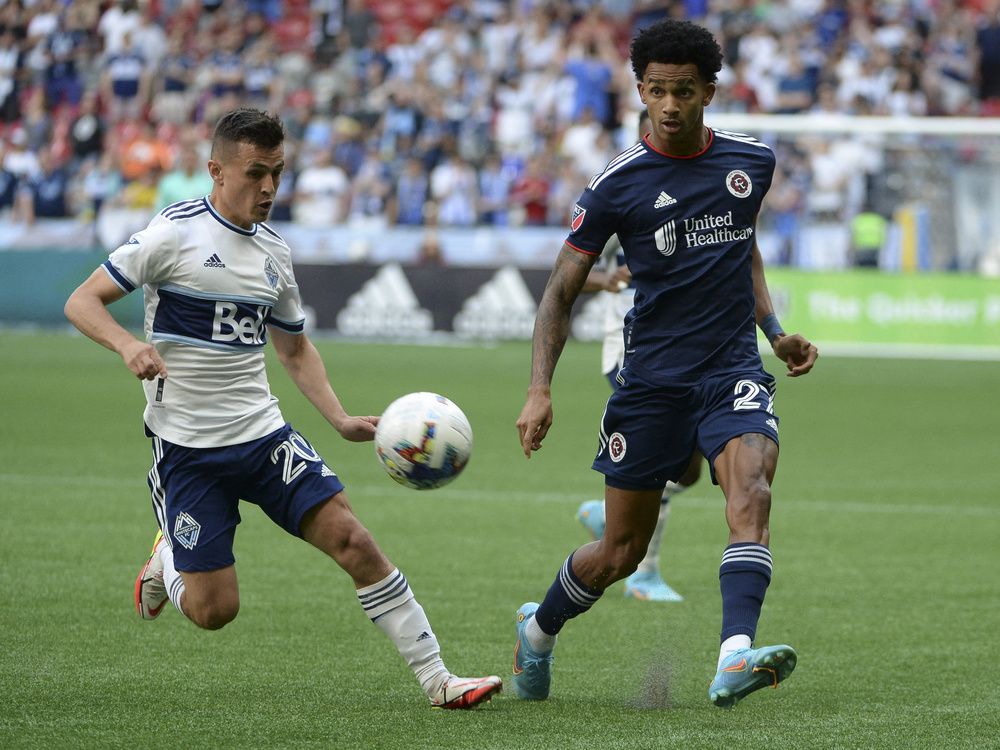 Cody Cropper brought a little tradition with him from New England. Now he gets to rub their noses in it.

The Vancouver Whitecaps keeper, who started his Major League Soccer career with the Revs, shut out over his former team as the two sides played to a 0-0 draw at B.C. Place on Sunday.

That means Cropper is buying “doughnuts for the boys” on Tuesday.

“Donuts, (look like a) zero. Clean sheet, zero. It’s something that actually Matt Reis brought to the Revs. I was asked to continue the tradition when I played there. … And I’ve taken it everywhere since,” said Cropper, who played in New England for four seasons (2016-19).

“So starting after the Toronto game when Thomas (Hasal) got injured and I came in and we, together, kept a clean sheet, we started that tradition. It’s been the same way the last nine games.”

Cropper is now 7-1-2 as a starter with the Caps, with three shutouts. He admitted that this week’s result was a special one, after his career in New England was derailed by a concussion that saw Matt Turner step in as the Revs new starter in 2018.

“This week was, emotionally for me, a very big one. I had some tough times at the Revs, for various different reasons,” said the 29-year-old Cropper, who was signed earlier this year after backup Evan Newton unexpectedly asked for a trade.

“It was good to see those guys. I haven’t seen them, with COVID and going from the east to the west; it’s been a few years.”

The Whitecaps (6-8-3) and New England (6-5-6,) came into the game as the two hottest teams in MLS. Both teams had 16 points from their last eight games, the second-most in MLS.

And no team not from Portland has won at B.C. Place since they returned to the Dome from their exile in Salt Lake City last August, the Whitecaps have gone 11-2-3, their 36 points tops among MLS teams in that time.

New England has scored the fourth-most goals in MLS (27) but the Whitecaps kept them in check on Saturday, and even put six shots on target to the Revs’ two.

“There are more positives than negatives,” said head coach Vanni Sartini. “We had five clear chances, five clear chances that we couldn’t score. If we want to go to the playoffs, we need to win these games if we’re better than the other team. It’s probably it’s the first game we missed a lot of chances, so hopefully it’s not gonna become a trend.

“Today, it wasn’t our day. And if it’s not our day, it’s better today that we get a point than last Wednesday (in the Canadian Championship semifinal) that it could have been penalty shots and not going to the finals.

“The good thing is that they are an Eastern Conference opponents, so not beating them doesn’t give points to them against is. (We have) a very tough job next week because we have the No. 1 team in the league. But I think there’s not too many teams better than us at the moment.”

40.8: The Whitecaps possession average coming into the game, just 0.2 better than last-place Philly. They had just 40.9 on Sunday.

17: Games played for the Whitecaps this season, the halfway mark of the 2022 campaign.

2: Number of shots on goal for Vancouver. But it’s a deceiving number, with Revs keeper Djordje Petrovic making several big saves, including point-blank stops on Lucas Cavallini and Cristian Dajome, and a diving stop on a Brian White grass burner late in the game. Overall, shots were 16-16.

The Whitecaps second game in their three-game homestand will see the return of keeper Max Crepeau to B.C. Place on Saturday, July 2. But while his dramatic departure was a big storyline early in the season, it’s on the back-burner now.

LAFC have pulled off some incredible salary cap juggling to add two world-class names and keep their star DP.

How LAFC fit the two players into their salary camp is a mystery for now, but the rich got even richer when the Black and Gold re-signed Carlos Vela to a Designated Player contract through 2023.

Neither will be eligible for Saturday’s game at B.C. Place.

Cropper was also bullish on his team’s chances against LAFC, who lead the league with 33 points and 32 goals.

“Right now, I think the mindset is to decompress,” he said. “We reconvene on Tuesday. Obviously, LAFC is a very good opponent. They are going out (and) signing big players. They are starting to find their stride. They’re a very good team. They’re electric.

The Whitecaps attack took an early hit when Deiber Caicedo went down with a right knee injury before the game was even 15 minutes old.

As Ryan Gauld and Lucas Cavallini broke forward on an attack, the Colombian forward could only stand and watch, limping slowly downfield before eventually going down.

He was in obvious pain coming off, and was replaced by Cristian Dajome. Caicedo was reassessed after the game, but no definitive word on his status was available.