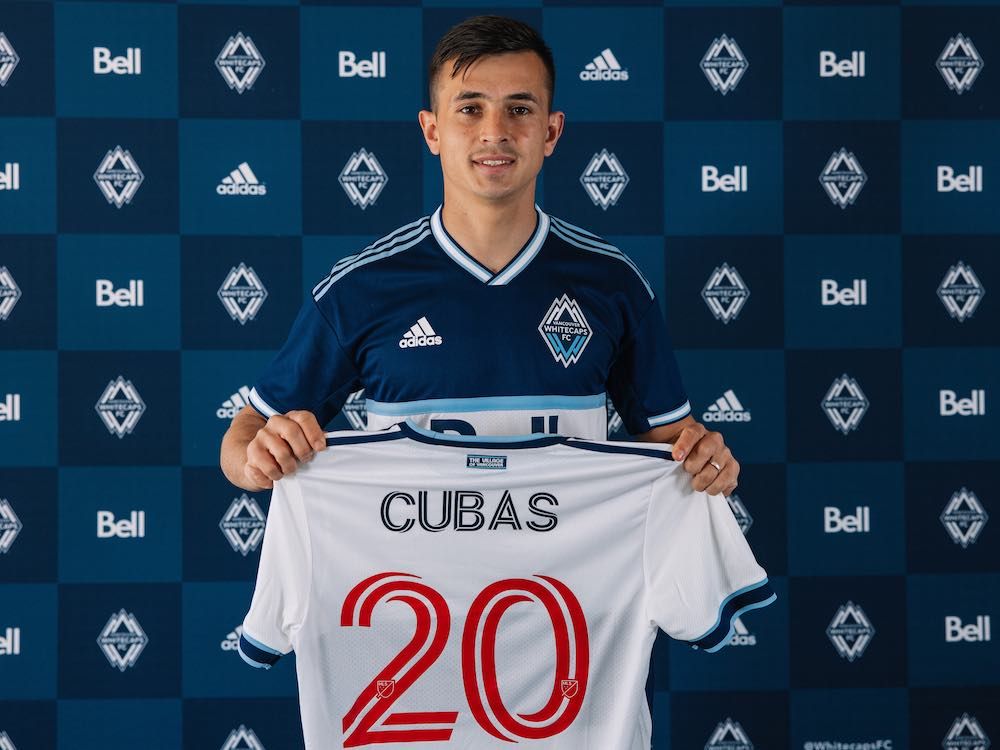 The Vancouver Whitecaps have found a Cubas-shaped player to fill the massive hole in their midfield.

Andrés Cubas was signed Thursday as their third Designated Player after a lengthy finalization process, giving the Caps the ball-winning defensive midfielder they’ve been desperately lacking.

Cubas joins the Caps from French second-division side Nîmes Olympique for a reported $3 million transfer fee, agreeing to a four-year deal with the Major League Soccer team. He will be a “Max TAM” (Targeted Allocation Money) player, with a salary charge of US$1,612,500.

“We identified Andrés as one of our top targets during the off-season and actively started our pursuit in December. He is a ball-winning defensive midfielder, who will be key in organizing our midfield as he brings experience, leadership and maturity to our young group,” Axel Schuster, Whitecaps FC sporting director, said in a news release.

“We have started the visa process and hope to have him available as soon as possible. We are very excited to welcome Andrés and his family to Vancouver.”

The 25-year-old Cubas, who has made 167 appearances at the club level playing in Argentina, France and Italy, has made nine appearances for Paraguay’s national team. He led Ligue 2 in combined tackles and interceptions in 2021-22, after Nimes was relegated from Ligue 1 the previous year.

The Caps’ midfield has been overrun in several games this season, lacking a ball-winning defensive midfielder in the absence of Caio Alexandre and Leo Owusu, both of whom have been dogged by injuries. It’s been a major factor in the team’s worst-ever start to an MLS season.

The addition of Cubas — a courting process that began in the off-season — will help change that equation, once he secures a visa and begins training with the team, both of which will come at uncertain future dates. The 5-foot-6, 145-pound honey badger No. 6 is currently leading Ligue 2 in successful tackles per match with 2.6 and second most interceptions with 2.7 across 18 starts and 21 appearances. In his first year in France, Cubas finished tied for the sixth-most successful tackles per match in Ligue 1 with 1.7, starting all 27 of his appearances. In total, Cubas started 47 of his 50 appearances across all competitions in France, adding two goals and three assists in the process.

“I’m extremely happy to be a part of Vancouver Whitecaps FC,” Cubas said in a news release.

“I’m excited to arrive in Vancouver, get to know my teammates, and help the team wherever needed. I will do my very best to bring joy to the club and all the supporters.”

A product of Argentine club Boca Juniors famed youth system, Cubas moved up to the first team as a 17-year-old in 2014. The defensive midfielder was a part of the club’s two Argentine Primera División titles in 2015 and 2017, while recording an assist in 35 starts and 41 appearances for the club.

During his time with Boca Juniors, Cubas had two loan spells including the first half of 2017 in Italy with then-Serie A side Delfino Pescara 1936 and then with fellow Argentine side Defensa y Justica during the 2017-18 season, where he started 22 of his 24 appearances in all competitions.

Prior to making the transfer to Europe, Cubas played two additional seasons in the Argentine Primera División with Club Atlético Talleres, recording a goal in 49 starts and 51 appearances across all competitions.

Over the course of his career, Cubas has accumulated 167 appearances across all competitions at the club level, scoring three goals and adding four assists.

Despite being born in Argentina, the dual national has represented Paraguay at the international level nine times since 2020, making seven starts in World Cup Qualifying, Copa America and friendly competition. Cubas previously played for Argentina at the U-20 level, where he started two of his three appearances for the side at the 2015 U-20 World Cup in New Zealand.

Cubas becomes the first Paraguayan international to play for Vancouver.