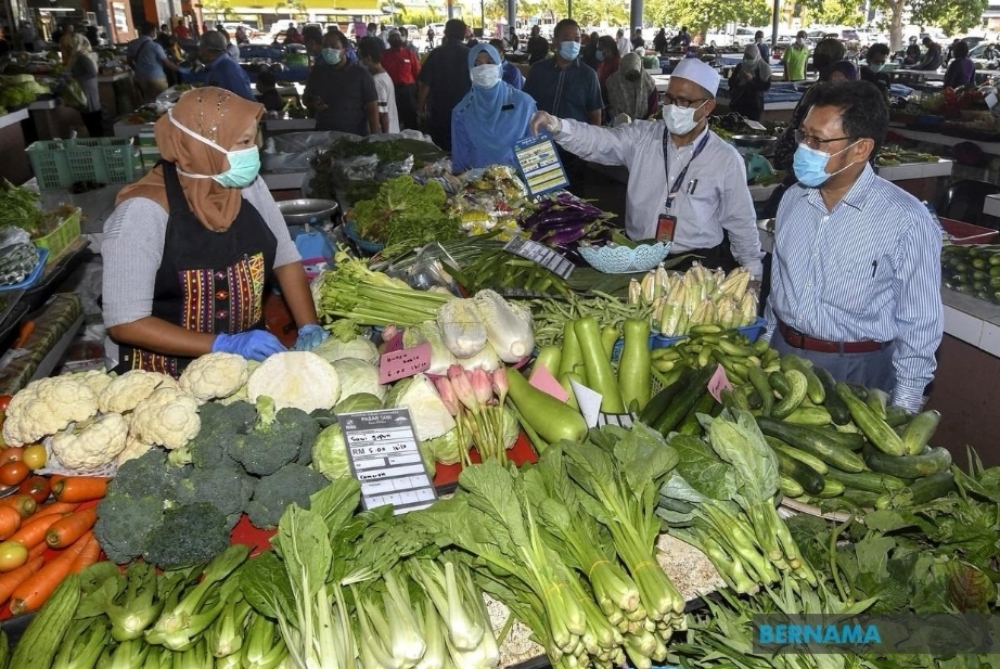 A market selling wild produce and vegetables like in this photo can be found all over Sarawak. – Bernama photo

IN August 2023, just over a year from now, Sarawak would be celebrating its 60th anniversary in Malaysia, and it has been a long and winding road from the days of the British colonial government to self-determination and independence within Malaysia.

I remember when I was in secondary school in 1963, excited with the prospect of us being fully independent and having a dream and a vision that one day in the not-too-far-off future, we could stand tall and proudly proclaim to ourselves that we’re now fully self-sufficient in all our needs insofar as food was concerned.

I had a dream that with the vast abundance of fertile and arable land in the state, and once with the fast progress and speedy development of our infrastructure and the skills and expertise of our own people to enable all these lands to be fairly distributed and opened up for agriculture and development, nothing seemed impossible. After all, our people, although few in numbers, were strong, hardworking and patriotic and most of all – hungry to succeed.

Many were already highly-skilled graduates or experienced workers either back from further studies overseas or locally trained and many more were being sent either privately or on government scholarships – of which a high percentage had returned and would be returning with fully qualified diplomas and degrees in all the various fields of endeavours, of which agriculture and research were in the forefront.

It was now up to our own local pioneering leaders in the newly-independent governing authorities – the ministers, their ministries and the various departments within Agriculture, Land and Survey, Public Works Department (JKR), Drainage and Irrigation (DID), Transport and other relevant and linked ministries.

Nothing seemed to be impossible then in the early stages of our independence.

In my own extended family itself, Grandpa Ong Kwan Hin was already running a small Sarawak Poultry Farm, rearing chickens in our backyard in a 14-acre spread just on the edge of the only golf course in town. Of my 10 uncles (two of whom had died young), six of them, including my father, were all involved in agriculture and fisheries directly.

Eldest uncle Kee Hui had by then graduated from Serdang College (now a university) with a degree in agriculture and had spent his early years working there; second uncle Kee Chong rose to become one of the earliest non-expatriate directors of the Department of Agriculture; my dad Kee Bian became head of the Fisheries Unit, within the Agriculture Department, many years before retirement. Uncle Henry Kee Chuan had, for a time, founded the Goebilt Seafoods venture with the Japanese and the early Sarawak Economic Development Corp; uncle Kee Chin helped tend to a large pepper and fruit farm at Mile 11 of Kuching-Serian Road during his lifetime; and uncle Kee Pheng, after his early retirement as headmaster of St Thomas’ Primary School, had been involved with the marketing of agricultural products and agro-chemicals.

I, myself, was an employee of Inchcape Berhad, under Borneo Company, of which associate company was Borneo Agrichemicals – a local giant in the import and distribution of agrichemicals and fertilisers from the 1970s to the 1990s. Many of my cousins: Bobby, Charles, Daniel and Anthony, as well as a cousin-in-law George Teo, were also directly involved in businesses pertaining to agriculture. So we, as a family, had been since the 1950s very closely associated with the agriculture and food distribution industry and businesses during our working lives.

Joshua Voon’s ‘dabai’ (local olives) and avocadoes grown on his farm in Kampung Landeh, near Kuching.

In my teenage years and in hindsight (albeit tinged with a lot of naiveté), I had always pondered upon why our government, being then fully independent and able to render all its assistance and help to all able-bodied citizens, didn’t simply allow for them to apply for land to be opened up, settled in and cultivated for vegetables, fruits, cattle, poultry-farming, fish ponds and the likes – and in return either impose upon these new entrepreneurs when their products were ready for sale some sort of tax or duty.

Was that too socialistic or communistic a thought or vision?

Indeed, the government had set up a few cooperatives, had given various subsidies and distributed fish fry, even dug ponds, gave away fertilisers and seedlings and even had tax exemptions or tax reliefs for many sectors of the agriculture and other commercial enterprises, but these were often too little or too unsubstantial to be of any real help or assistance.

Was agricultural land ever ‘gifted’ or granted to anyone in those early days? Were they even sold at preferential prices or joint ventures set up?

Anyone could see that although the ‘politics of development’ during the early years of both Tun Rahman and Pehin Sri Abdul Taib Mahmud did take place at a rather impressive pace and within two decades, we had roads going into almost every major town and ‘kampong’ (village) from Telok Melano to Lawas, the opening up of the state did not turn into a surge in the distribution of fertile land for the planting of vegetables and fruits along the way.

Certainly we know that only a very small percentage of these newly-opened up land along the roadsides were privately owned, so the government could well have put into place some sort of allotment or application system for those wanting to be genuine farmers on the lands owned by the government.

It’s also surprising to me that national corporations who had set up large commercial farms – poultry, vegetables, fruits and the like – in other states (even Sabah) had neither the urge nor the desire to enter Sarawak to either go into joint-ventures with our state corporations (SEDC) or other private enterprises.

I’ve only seen their interest in developing housing estates and mid-to-high-end high-rises and apartments and getting into various retail businesses.

In an ideal world – my idea and vision of Utopia – I would like to see the government offering to all Sarawak citizens, the chance and opportunity, as well as funding to be allocated plots of agricultural land – should these citizens want to use them for the purposes of planting fruit trees, grow vegetables, dig up fish ponds, start poultry farms and even other niche endeavours.

Why not commercial scale-growing of orchids, flowers, establishing homestays, venues for holiday sports, etc etc. The list is endless and so long as they are able to present a working paper, a properly researched flow-plan of their proposals, and be able to present them to a selection board or a committee of experts who can vet and approve.

Of course for this, a sizable fund has to be budgeted for and set aside. It is also vital that this offer is made available to all citizens regardless of race, religion and political inclination.

At the moment, all we have as we drive along the future Pan Borneo Highway is to see miles and endless miles of empty beautiful fertile arable land as far as the eye can see – lying idle and of no use to anyone except the wild animals roaming amongst it and the itinerant pickers of wild-growing ‘midin’ and ‘paku’ and various scavengers of wild fruits during their seasonal appearances.

God-willing, we’d eventually get there – the fruit/vegetable/food basket of the nation – Sarawak!

A dream that’s not too far-fetched, but probably not one that I’d live to see within my lifetime.

Still, nothing is ever too late. All we need to start is for some passionate minister sitting up there in the corridors of power to make it happen by getting the ball rolling!