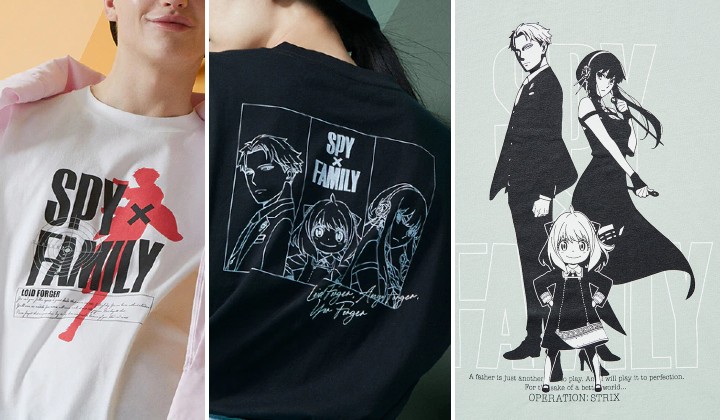 Uniqlo Japan has announced Spy X Family t-shirts under their UT! line, to be released on 3 June 2022.

Currently, there are 4 designs planned for the Japan release.

Spy x Family is quickly becoming one of the most popular animes of all-time after just a month since its April release, already taking the #1 spot in Japan and catching up everywhere else.

Thanks to its accessibility on Netflix, Malaysians have also gotten to know the story of super spy Loid Forger, assassin Yor, and telepath Anya as they try to upkeep the facade of a functional family.

It will be available in Malaysia as well

While it has only been officially confirmed for Japan, we’ve gotten assurance that the UT! collection will be coming to Malaysia as well.

However, there isn’t much word on exactly when the collection will hit Malaysian shores, but it seems like we won’t need to wait too long!