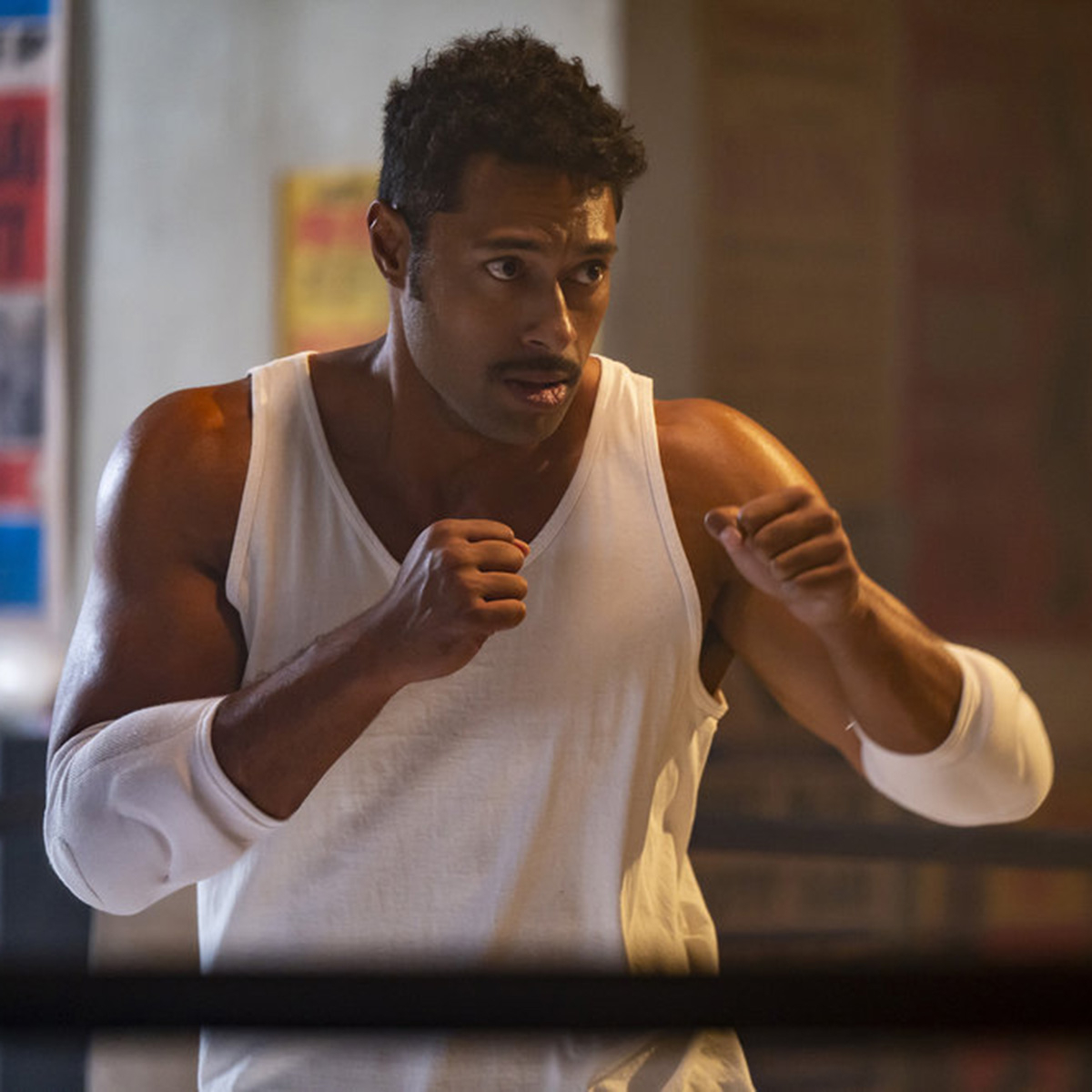 Dwayne Johnson is making his way into the ring on Young Rock.

In E! News’ exclusive sneak peek of April 12’s all-new episode, college-age Dewey, a.k.a Rock (Uli Latukefu), has accepted his NFL fate and is now focused on pursuing a career in wrestling.

With help from his father, Rocky Johnson (Joseph Lee Anderson), Dewey begins an intense training regimen while trying to learn the fundamentals of the sport. To aid in the latter, Rocky presents his son with his first opponent: a piece of string.

“Punch as close as you can without moving the string,” Rocky instructs him. “If you break this string’s nose, you get fired and you get your ass whooped in the back.”

With Dewey’s mom, Ata Johnson (Stacey Leilua), nervously watching from the sidelines, he begins—but it’s not long before Ata’s telling him to shape up. “Dewey, you’re squaring up too much on your punches!” she yells. “Angle your stance.”