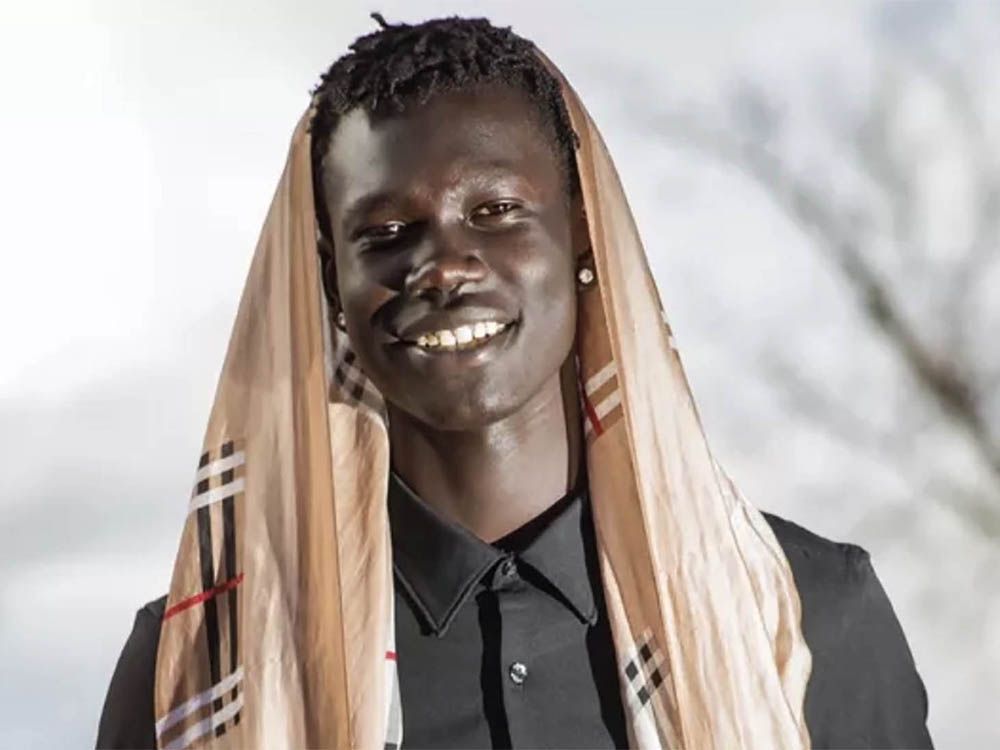 The suspect, who can’t be named under the Youth Criminal Justice Act, is charged with second-degree murder and is scheduled to appear in court Thursday.

Police found Jal dead on March 31 around 8:30 p.m., after receiving reports of an injured person at a green space behind the 100 block of Arbour Meadows Close N.W.

The suspect was taken into custody Tuesday after police executed a search warrant on a residence related to their investigation.

The arrest came the day after Jal’s family issued a plea to northwest Calgary residents to review security footage and come forward with any information that could help the investigation.

On Wednesday, family members gathered to meet reporters and thank police and community for their roles in the arrest.

Family spokeswoman Akeir Kuol said they don’t know anything about the accused or why Jal was murdered.

“We still don’t have any answers as to why Jal Jal had to die . . . we haven’t seen the accused, we don’t know his name yet,” said Kuol.

And though Kuol said the arrest gives the family “a breather, to start organizing his funeral,” they said they’re still too numb over the death of the athletic St. Francis high school student to be cheered by that news.

“There’s no feeling . . . with Jal not being here, there’s nothing that can make us feel better,” said Achan Jal, the teen’s aunt who lived with him.

She and other relatives spoke of Jal as if he was still alive.

“He’s very out there, he’s very easy to talk to — if you don’t know him (you could) come up and talk to him — so friendly, very kind.”

His grandmother, who also lived with the teen, said his loss is still sinking in.

“I don’t believe it, my grandson has left me,” she said, looking skyward.

“I love you, my grandson, I love you from my heart — someday I’ll see you.”

As she spoke, Jal’s father sat despondent, a white rosary dangling from a jacket pocket while his mother, Achang Jal, said she’s moving from Lethbridge to Calgary to be with her other children.

“It’s been hard — (Jal Jal’s) a lovely boy — everybody thinks he’s my favourite,” she said.

The Calgary police homicide unit canvassed Arbour Lake to collect CCTV footage and speak with witnesses, working closely with Jal’s family and friends over the course of the investigation.

“We would like to thank Jal’s family, friends and his community for trusting us to find answers. We could not have done this without their help, and without the help of the residents of Arbour Lake,” homicide unit Staff Sgt. Sean Gregson said in a news release.

“While we are thankful we are able to bring answers to his family, this is a sad conclusion to an already tragic event.”

Jal was a student at St. Francis High School and a member of the school’s junior basketball and football teams. In a statement to Postmedia, the Calgary Catholic School District said it was saddened by the loss of a student, adding counsellors have been made available to support students. A memorial for Jal has been set up at the school.

Speaking to media Monday, family members of Jal described the teen as a compassionate and beloved member of his community.

“His presence would light up the room when he enters. His soul was so pure. Jal was so loving and thoughtful. He did very little to make everyone smile because he was naturally a friendly and affectionate person,” said Achan Acor Jal, one of Jal’s aunts.

“He recently discussed with his family and coaches about continuing his basketball game in the States. We love Jal Jal so much. His friends and his family miss him.”

A GoFundMe campaign started by the family had raised more than $19,000 to fund funeral costs and support Jal’s family.

Jal’s death was the first in a spate of shooting deaths across Calgary last week, though police have said they do not believe the three recent murders are connected.

The family said a funeral is planned for April 23 and that everyone from the public is invited.

Speaking at a police commission meeting Wednesday deputy chief Chad Tawfik said there were a total of 10 shootings in Calgary in March, more than twice as many as in March 2021 and three more than the five year average for that month. Two of the shootings from last month were fatal, two resulted in victims being hit and six resulted in property damage.

“The past two weeks have been extremely busy time for investigators,” said Tawfik. “Most of the shootings that occurred in March are still under investigation. But, we do know that at least half of these were targeted shootings.”

There have been nine homicides in Calgary in 2022, including six in the past two weeks.

— With files from Stephanie Babych and Bill Kaufmann